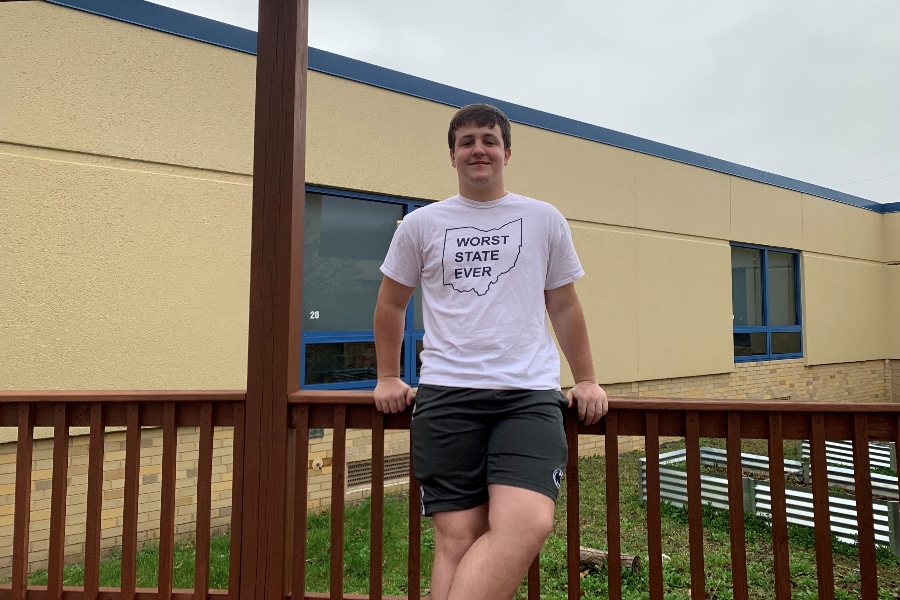 What started as a way to waste time became a hobby for Cooper Guyer.

Who is the manliest man in Bellwood? Cooper GUYer.

The highlight of Cooper’s junior year so far was in football season where he had two interceptions against Bald Eagle in the playoffs. Cooper hopes to continue playing football into college and the recruiting process is what he is most looking forward to about senior year.

But there is more to Cooper than being an aspiring college football player, he is also a comedian. A few weeks ago, Cooper amused the entire school by making puns that involved everyone’s names. What started as a way to waste time in POD class with Jack Luesmann, turned into a week long thing and by the end POD class had become PUN class and almost everyone had a pun that went with their names.

Some of Cooper’s favorite puns that he came up with involved teachers names such as:

What teacher is the most honest? Mrs. Frank.

What teacher always has a trick up their sleeve? Mrs. Riddle.

Everyone thought that the puns about them were funny. Mrs. Frank was particularly impressed with Cooper’s quick thinking jokes and Cooper’s pun using Mrs. Frank’s name was one of the first that Cooper came up with.

“I am honored that I was one of his original puns. I thought they were all really funny and it amazed me how quickly he came up with them,” Mrs. Frank explained.

By Cooper’s seventh period shop class, almost everyone was also making puns along with Cooper, even Mr. Crowell.

Not everything in life is a joke to Cooper. In fact, he finds no amusement that his name rhymes with pooper. When we asked him about this troubling rhyme, Cooper simply said “no comment”.