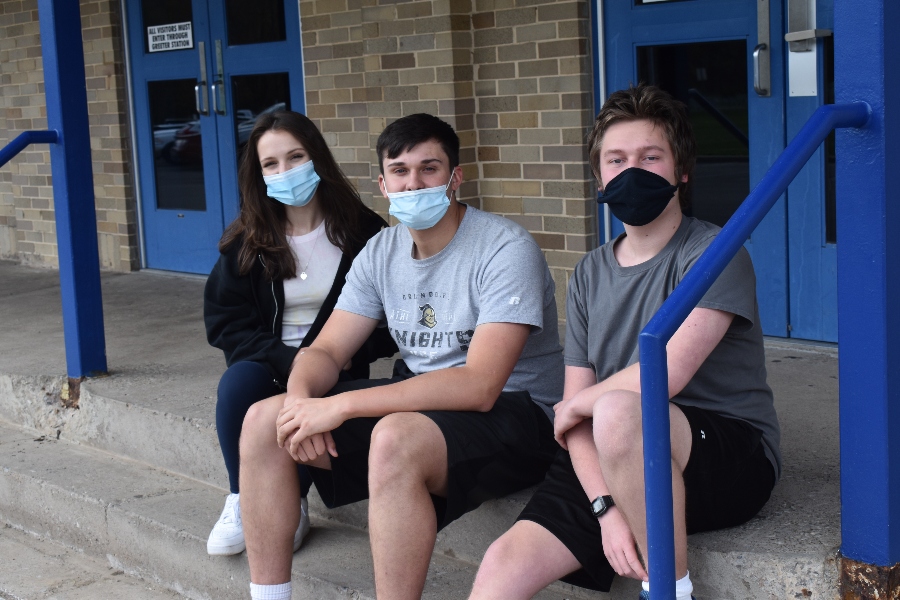 The BluePrint, already named one of the top student-run newspapers in Pennsylvania by the Keystone Press Awards, received further acclaim this week when three of its writers were awarded by the Pa. Press Club in its annual journalism contest.

The Pa. Press Club contest is a very hard contest to compete in because the organization places entrants where they believe you should place and sometimes doesn’t even award places.

“The Pa Press Club awards were more challenging this year than anytime I can remember,” said BluePrint advisor Mr.  Kerry Naylor. “Unlike other awards, this one doesn’t award a category unless a story is completely worthy, so to receive mention at all is impressive.”

Crocker got a honorable mention in opinion  for ” Don’t Defund the Police.”

Nagle got a honorable mention in Video Feature story for “Bellwood Bios.”

Jack has been one of the top writers on the staff all year, with awards from both the Keystone Awards and Best of SNO.  He originally had a study hall scheduled during the BluePrint class period, but joined late because he wanted to do more with his time. He has been one of the real leaders in class according to Mr. Naylor.

Nagle has been a part of BluePrint since her sophomore year and has taken the lead this year as one of the site’s top video producers. She and classmate Haley Campbell also host a podcast called “Saved By the Bell.”

Crocker does not have BluePrint as a formal class, but since September he has been a consistent contributor, writing both A&E stories as well as his conservative opinion column.

“I’m really proud of all of our award-winning writers,” said Mr. Naylor. “Jack is very self-motivated and an excellent writer, but he is also willing to take advice and direction. The combination of those attributes make him the champion writer he is.

“Caroline is one of those kids who is a foundational member of the BuePrint. Without her hard work on hundreds of different little things, we could do what we do, so it’s nice to see her rewarded.

“Andrew is all about personal drive,” Mr. Naylor continued. “He has two stories ready at the beginning of every week, one for A&E and one for opinion and that’s without ever having to be reminded or prompted. He regulates himself and takes a lot of pride in those opinion stories. We have probably never had a writer as politically aware as him.”

Good job to everyone who has gotten an award this year.