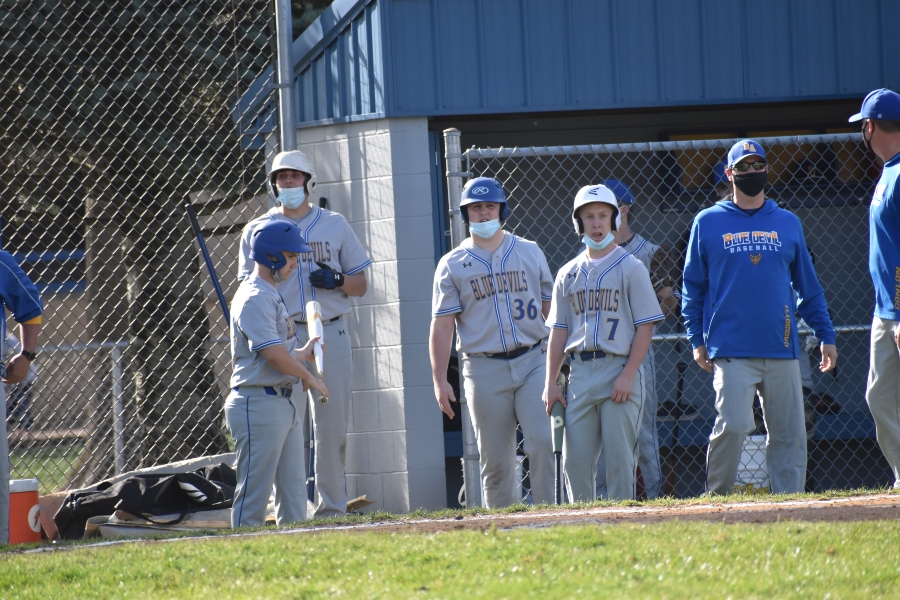 Last night the baseball team traveled to State College to take on Saint Joe’s in a non-conference matchup. The Blue Devils looked to turn things around after Saturday’s tough loss to Tyrone, and they did just that with a 10-4 win over the Wolfpack.

The game started off slow for the Blue Devils as they went scoreless through the first two innings, with their first run coming off an RBI double from Cooper Guyer. At the end of the 4th inning the boys were down 4-3, but a 7 run rally in the the 5th helped lead them to victory.

Zach Miller started on the mound for the Blue Devils, followed by Dylan Barr. Each threw 3 innings, and the win went to Barr.

Arik Shildt, and Cooper Guyer each had 3 RBI’s, and both went 2 for 4 on the night. As a team the Blue Devils had 15 hits.

Tonight the Blue Devils travel to Mount Union in their first of two conference games of the week.