ATHLETE OF THE WEEK: Joe Wertz 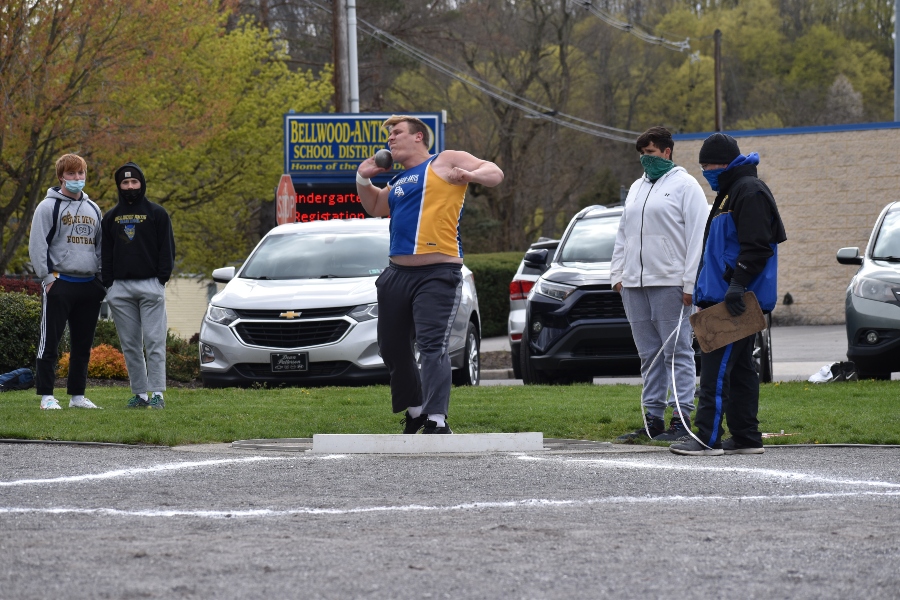 Senior Joe Wertz has his sights set on a school record in the shot put.

Senior Joe Wertz is a stud for the Bellwood field team. His best event is the shot put and he’s currently striving to beat the school record.

Joe has been named the BluePrint Athlete of the Week.

Joe has stood out at meets for years now. He had a solid freshman season, and ended up making it to states his sophomore year. Joe got better and better as time went on and he was looking forward to his junior season last year. Unfortunately, the 2020 track season was canceled due to COVID-19.

“I was sad I couldn’t have my junior throwing year, but it motivated me for my senior year,” said Wertz.

Over the offseason Joe lifted weights, practiced throwing, and worked on his footwork to get ready for this season.

Joe’s goal for this season is to beat the school’s shot put record. He is currently only 1 foot off the record.

The record is held by Otto Kneidinger, an all-state football player at B-A in the 1950s who went on to star at Penn State. The distance is 51 feet, 4 1/4 inches and it was set in 1951. It’s the oldest track and field record at Bellwood-Antis.

“If I keep practicing I feel like I could beat it,” Wertz explained.

Joe has been killing it so far this year. He’s hasn’t lost yet in head-to-head duel meet competitions and he finished fourth at the prestigious Altoona Igloo Invitational, a meet that brings the best athletes from all classifications to the track.

The Devils hope to lock up the ICC championship with a victory on Thursday before beginning invitational season next week, which is where Wertz will begin to get an idea of the competition he will face this year in Districts.

Good luck to Joe as he chases his goals and good luck to the BA track/field team!