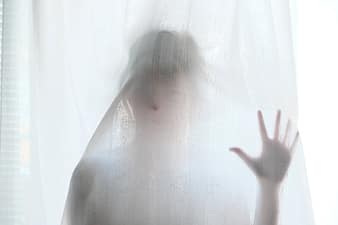 Do you believe in ghosts? Whether you are a skeptic or even psychic, National Paranormal Day is the holiday for you.

If you have ever experienced something beyond the norm or had an inexplicable otherworldly experience happen, you have stumbled onto the right day. National Paranormal Day is for people who are fascinated by the unknowable “other side.” If you don’t know your normal from paranormal, don’t worry, you can still celebrate this holiday. You can go online and learn about the movies, documentaries, and science fiction that go behind this subject.

Nobody knows the origin of National Paranormal Day. The only thing everyone knows is that it was created in 2013. Maybe one day we will find the truth about this holiday. You can simply put any occurrence that cannot be explained by logic or even science as paranormal because it falls outside the realm of the normal.

With something as small as deja vu can even be considered paranormal. People have been experiencing sensations and witnessing the inexplicable for centuries now. Documentation of these mystifying phenomena only began a few hundred years ago. The man best known for collecting paranormal anecdotes is American writer Charles Fort. Some have declared him the father of modern paranormalism. He compiled approximately 40,000 notes on paranormal experiences.

These compilations include reports of events such as teleportation, frogs falling from the sky, strange substances, unexplainable explosions, crop circles, levitation, UFOs, and appearances and disappearances of mysterious beings.

Paranormal activity has also been an intriguing subject in the entertainment industry. In 1993, “The X-Files” debuted on television and became a cult classic. Before that, “The Twilight Zone” set a benchmark for strange occurrences in 1959. In more recent years, the first movie of the “Paranormal Activity” series was released in 2007 and received worldwide accolades for its unique filming technique.

Paranormal Day is way more different than Halloween. Paranormal Day is more intense and does not require the distribution of candy! It is also a celebration of all things unseen and supernatural, whereas one can dress up as pretty much anything on Halloween.

Paranormal enthusiasts delve deeper into the realm of the unknown; visiting abandoned sites, eerie forests nearby, and other ‘haunted’ places. Parties are also hosted with creepy decor and activities that may or may not lead to encounters with the paranormal like playing with an ouija board.

Horror movies and documentaries on the supernatural are binged and many take to social media to relay their accounts and post evidence of their experiences with ghosts, aliens, and other supernatural entities.

If you have the guts to go out and explore some abandoned/haunted places, be my guest. Communicate with spirits to see what happens but don’t forget to say goodbye. Use today as an advantage to explore what paranormal activity is really about.