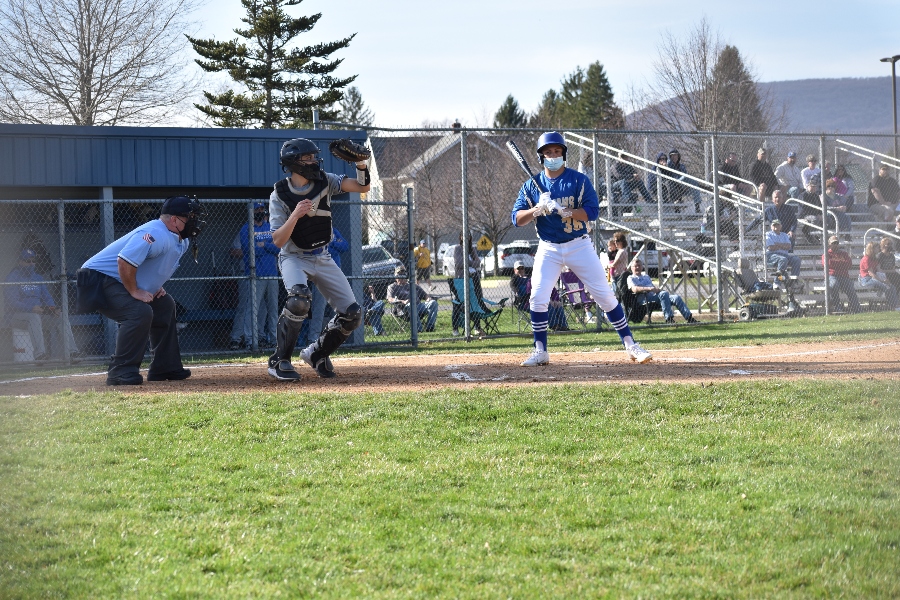 The Blue Devil baseball team is set to have an action packed end to their season. BA is scheduled to play 4 games this week and next week.

Bellwood got their gauntlet of games started on Monday at home against Tussey Mountain.

Both teams had to battle the weather as a steady rain began early in the game.

Bellwood took the lead early and continued to pile on the runs. BA ended up beating the Titans in 5 innings 10-0.

Despite the wet conditions, Zach Miller threw a gem. Miller pitched all 5 innings for the Devils. He left the Titans scoreless and struck out 6 batters.

Joe Dorminy had a pair of hits for the Devils and Nick Kost drove in 4 runs.

BA is now 8-5 on the season, with a huge game on Tuesday against Juniata Valley.

This game is a must win if the Devils want to win the ICC.

The last time these two teams faced off the Hornets killed BA, 10 running the boys in 5 innings.

The Blue Devils are fighting to make it to the playoffs so every matters.

Good luck to the baseball team!