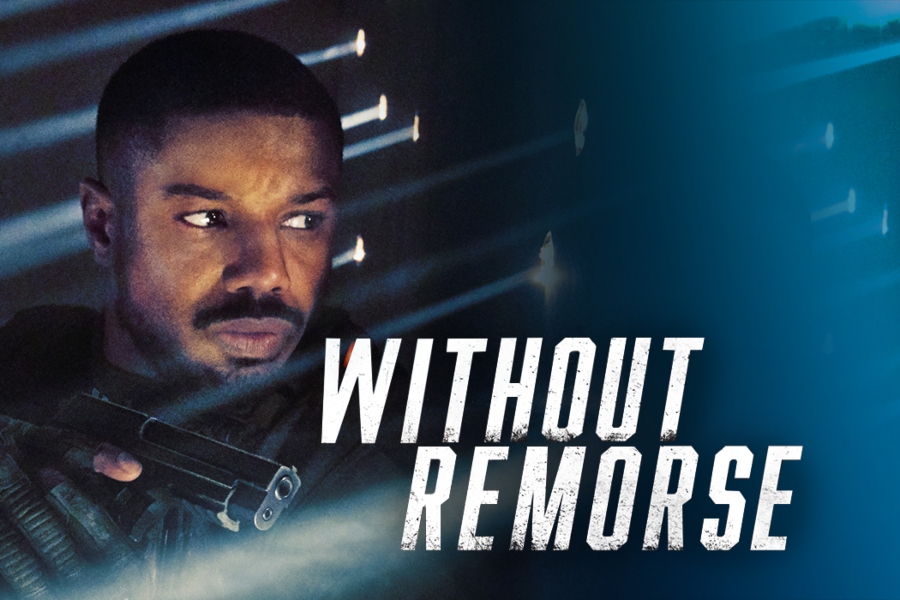 Tom Clancy’s Without Remorse is the much awaited action movie based on the book of the same name. It is meant to set up later Tom Clancy book based films, namely Rainbow Six. However, after this film I do not think anyone is looking forward to a sequel. This movie was utterly horrid. It deserves no praise whatsoever. While it has action scenes and a standard Tom Clancy plot, it suffered massively from abysmal acting and terrible directing and writing.

Without Remorse does not have bad action or plot. Basically the main character, played by Michael B. Jordan, loses his wife to Russians while someone is trying to start WWIII. This is obviously a plot of a Tom Clancy novel. His books always have storylines with plots like this. They are usually interesting. The plot of Without Remorse involves a lot of action. There are some gun fights, prison fights, and explosions. These scenes are not bad. They are your standard action scenes, nothing particularly interesting or special, just regular. These non special scenes are the best part of the movie.

One, of the many, things that Without Remorse suffers from is the way the creators set up the scenes. The scenes jump to only the most important parts. They skip over any and all character and plot development. The problem is fitting the entire book into only two hours. Doing such a thing is impossible in this instance. There was just too much information to fit into such a small amount of time. Due to this all things that might make the movie good are skipped over. One perfect example is at the end when the main character is told he must fake his death and disappear to uncover the conspiracy, then cut to the next scene of him confronting the main bad guy even though there was no actual information pointing to him, then role credits. This is but one of the examples about how the writers skipped over important information in the interest of time.

Another major problem is the atrocious acting. Without Remorse has some rather famous actors. These include Michael B. Jordan, Jodie Turner-Smith, and Guy Pearce. All of them sucked in this film. There was not one good bit of acting in this monstrosity of a film. Not one good actor, not one good second of acting. It was all horrendous. The acting lacked any and all emotion. It was clumsy and dispassionate. There was no heart in it. It is because of this that a viewer can not connect with the characters. They are unrelatable, almost robotic. It is dreadful and brings Without Remorse to a new low.

Overall Tom Clancy’s Without Remorse is terrible. It has a decent plot and ok action scenes, but was completely ruined by horrible writing, directing, and acting. Without Remorse is horrendous, and I lost two hours of my life watching this burning heap of garbage. Do not make the same mistake I did, do not watch it. There is no reality or mindset in which this movie could be worth watching, Without Remorse is just that bad.