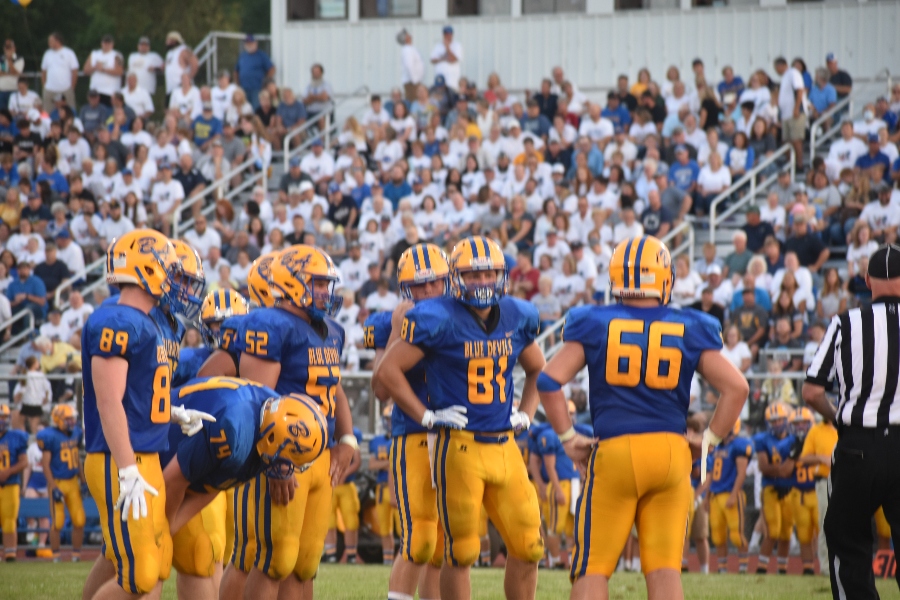 Tonight the Bellwood-Antis football team will face off with Moshannon Valley. After their amazing performance against Tyrone, leaving them 1-0, the Devils have high hopes.

The game will take place at Moshannon Valley at 7 p.m. tonight.

The Devils ran for almost 200 yards in their game last week against Tyrone so the battle for ground supremacy definitely favors the Blue Devils.

“We thought we did some nice things last week against Tyrone, but there is always room for improvement so that is what we stressed this week at practice,” he said.  “To be a team that goes far in the playoffs, you need to improve each week. ”

This is Bellwood’s first ICC game, and they’re hoping for a big win.

Last week B-A had a great game against Tyrone with 5 touchdowns, 228 passing yards, only one turnover. On defense, the Bellwood-Antis limited Tyrone to just 53 yards on the ground.

It was the Devils’ third straight win over Tyrone in the Backyard Brawl, and Coach Lovrich is hoping his team can come down off that high long enough to focus on the Black Knights.

“We talked about getting back to ground level and treating this game like it is the state championship game,” Coach Lovrich said.  “We want to make sure we come out tonight and play with the same passion, pride, and excitement that we did last week.  Football is unlike every other sport because you only play one game a week.  There is so much build up and work that goes into that game that you want to make sure you enjoy that moment and play to the best of your ability.”