ATHLETE OF THE WEEK: Brandon Cherry 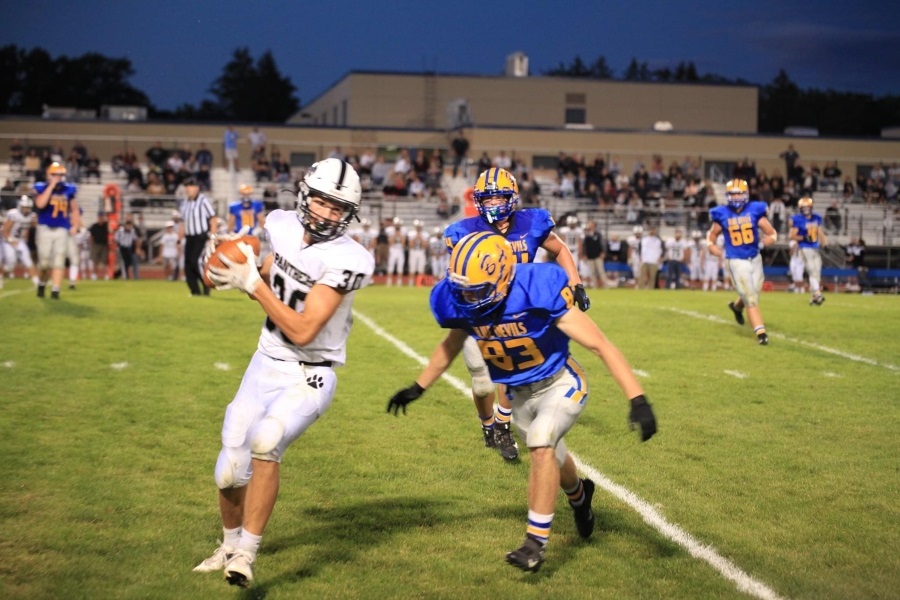 Brandon Cherry (83) goes in for a tackle last Friday against Northern Bedford.

Senior outside linebacker Brandon Cherry has been named Athlete of the Week by the Blueprint.

The Bellwood-Antis defense shut down Northern Bedford in a 27-0 victory last Friday. The defensive charge was led by Brandon Cherry, who had a big pick six and totaled 5 tackles and a sack in the win.

When asked about his performance, Brandon remained humble as usual.

“I felt really good out there on defense Friday night, but watching a lot of film and being prepared for the game with good coaching was what helped me the most,” he said.

This season, Cherry has 20 total tackles (14 solo) and an interception for the Blue Devils, who are 3-0 and leading the ICC North Division.

The BA Football team is now set to travel to Southern Huntington this Friday night and look to Cherry for another big defensive game.