B-A football team picks up Southern in a pinch 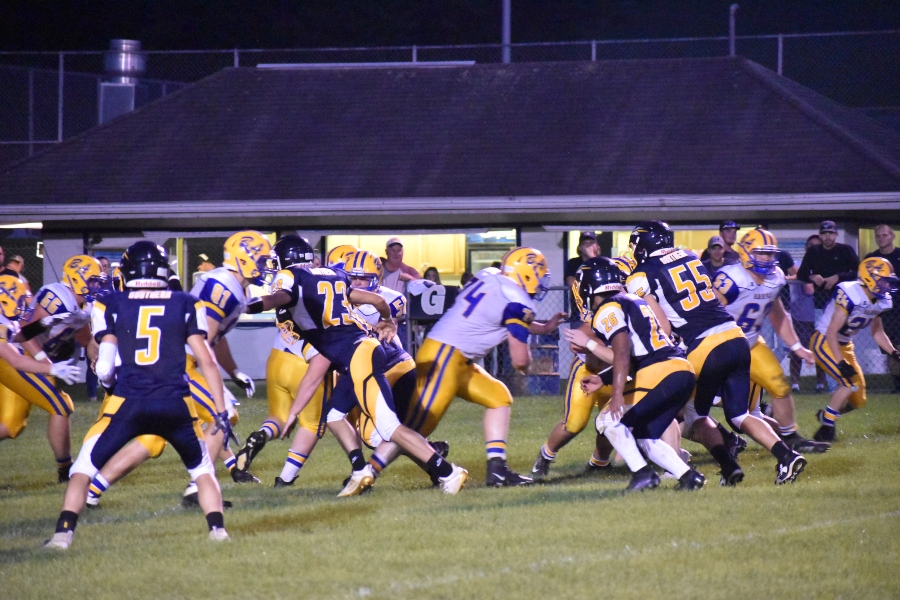 After Everett had to call off the game against Bellwood, B-A set up a game with the Southern Huntingdon Rockets.

Through the first month of the season, Bellwood-Antis’ football team had been relatively unaffected by COVID-19, in stark contrast to last season.

That all changed yesterday around 3 p.m.

Due to the Everett Area School District’s football team not having enough players to compete in Friday night’s matchup against the Blue Devils, the Warriors had to call off the game. However, B-A athletic director Charles Burch was able to arrange a game with the Southern Huntingdon Rockets.

“I found out about 3 yesterday that Everett did not have enough players to compete on Friday,” said Burch. “I then became aware of Southern Huntingdon opening due to Mount Union being unable to field a team, so I set up a game with them in place of the Everett game this Friday.”

The Southern Huntington Rockets are coming off of a one-point loss to Penns Manor last week, and are looking to add a victory to their 1-2 record.

Senior wide receiver and safety Sean Mallon still has the same mindset applied for the Rockets.

”We put forth our best effort, no matter our opponent. We were fortunate enough to find another team to play, so we’ll make the most of it,” he said.

The Devils had one game cancelled last season due to COVID, but like all teams in Pennsylvania played in front of limited capacity crowds and sometimes no crowds at all in order to promote social distancing.

The Devils will now travel to Southern Huntington this Friday to face the Rockets at 7 P.M.