Vandalism is the new fad 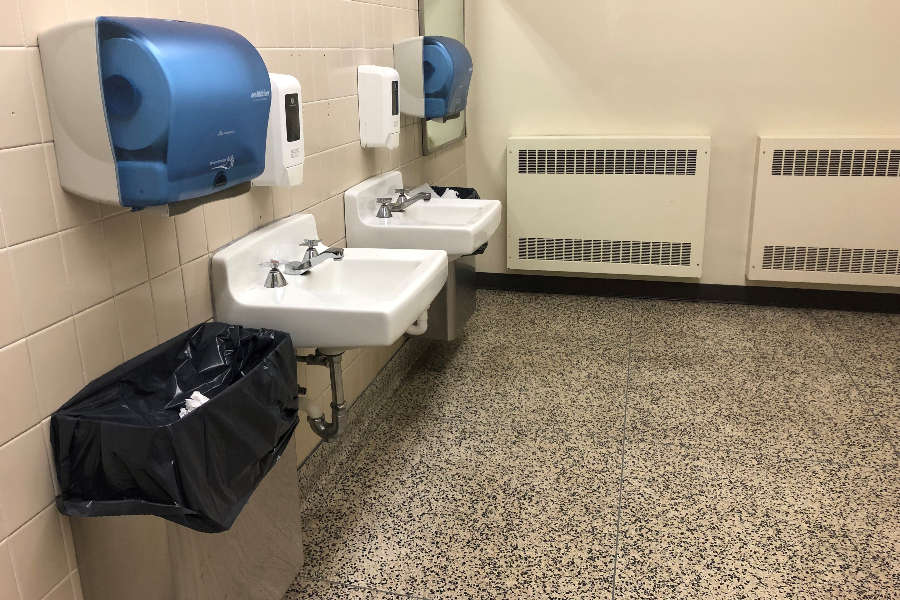 An uptick in vandalism at Bellwood-Antis, including several acts in student bathrooms, may be the result of the latest TikTok trend.

The Bellwood-Antis School District has previously dealt with students vandalizing restrooms, even before the current trend swept the nation.

Last year,  high school restrooms were closed for two weeks at the end of the school year due to a spike in vandalism, and disciplinary action was taken after toilets were stuffed with Orbies.

Actions like those have only intensified locally and across the country thanks to new TikTok trends that encourages students to commit acts of vandalism and theft and post them on the social media platform.

In Blair County, it has been serious enough for the state police to issue an information alert to Blair County schools two weeks ago.

The middle school restrooms have also had their fair share in damages, too, with some problems this school year. Items have gone missing, there has been vandalism, and substances have been pushed down the toilets to clog them. Recently, a soap dispenser was ripped of the wall according to Middle School Principal Dr. Donald Wagner

Since last year, surveillance camera coverage has gotten better and teachers have gotten more vigilant. They have been advised to keep doors locked when they are out of the room.

“We have increased supervision in the rest room and teachers are stopping in more, and we are checking cameras more,” said Dr. Donald Wagner.

“We spoke to the teachers last year and at the beginning of this year and also addressed the student body in our class meetings in the first couple days of school, so I feel like we addressed it,” said Mr. Schreier. “When the actual TikTok challenge came to our knowledge, I sent out an email to the teachers to just be more vigilant.

“Because of the scenario we had last year, we had a lot of vandalism and misbehavior at the end of the 2021 school year, we already had this on our radar.”

There are two Social Media challenges that originated on TikTok that have been gaining popularity and school boards all across the United States have discussed the trends and have been giving out warnings for students to not engage in the trend.

Along with the Devious Lick there is the Bathroom Challenge. The Bathroom Challenge calls for the destruction of property; the students who cause the most damage in one school day is declared the winner, while the Devious Lick Challenge calls for the theft of property in an attempt to have the biggest, most expensive, or the most impressive “lick.”  According to the Bureau of Criminal Investigation “A “lick” is a successful type of theft which is an acceptable, impressive, and rewarding payday.”

This trend started in September when a user on TikTok posted a video of a hand sanitizer in their backpack and the caption read Devious Lick. This trend has continued with other users posting videos of stolen items with the same music and had the same reference.

The size, value, and obscurity of items stolen has continued to expand as the trend gains more and more popularity. The acts not of involve criminal acts of vandalism and left, some of the stolen items present health concerns.

The recommendations of the Pennsylvania State Police is “school administrators and staff should be aware of the trend, maintain situational awareness to student activities and facility conditions, and promptly report incidents to their local law enforcement agency. Ensure any Security Surveillance systems are functional, and the date and time are accurate to aid in investigations.”

The PaCIC said,” School administrators and facilities staff should consider increased inspection and testing of facility infrastructure which, if comprised, may present a threat to health and safety. Vulnerable areas may include safety and emergency systems and equipment.” Some examples are fire alarms, fire extinguishers, emergency exits signs, locks, lock storage rooms containing hazardous substances.

Dr. Wagner said, “ This School is home to us for 180 days and we shouldn’t tolerate things here that we won’t tolerate at our own house.”