B-A football to take on Vikings 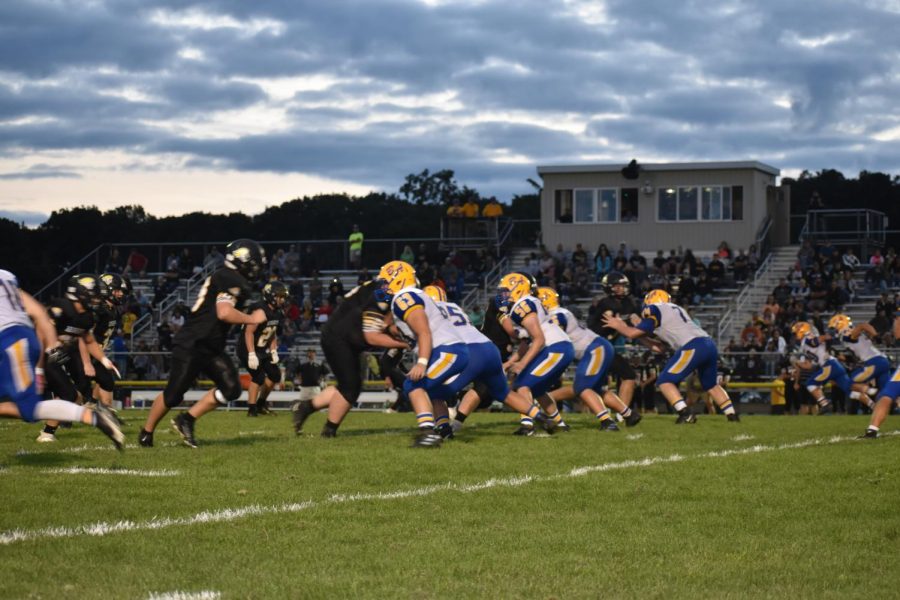 B-A travels to Glendale tonight to take on the Vikings.

Tonight, the undefeated B-A football team travels to Glendale to take on the 2-2 ICC nemesis Vikings. Glendale is coming off a tough loss to Curwensville after losing 32-29 on a last second field goal. The Viking’s offense is led by brothers Zeke and Suds Dubler, with Suds leading the Vikings with 394 rushing yards on 29 carries, averaging out to an impressive 13.6 yards per carry. Zeke is right behind him with 273 rushing yards on 33 carries.

Bellwood is putting up 34.2 points per game while having a more balanced offense attack, averaging 125 yards through the air and 175.2 yards per game on the ground. Senior Connor Gibbons looks to build on a big game last week where he rushed for 98 yards, and two touchdowns while also picking off two passes from Southern Huntingdon’s quarterback Nate Myers.

Gibbons leads B-A with 454 yards this season. Zach Pellegrine leads the team in passing, having completed 28 of 47 passes for 500 yards and 7 touchdowns.

The 4-0 Blue Devils look to continue their undefeated season rolling after coming off a 42-13 win over ICC opponent Southern Huntington. Bellwood is first in  District6AA, and is second in the ICC right behind 4-0 Juniata Valley.