BASD burned to the ground during chicken patty protest

DISCLAIMER: THIS IS NOT A TRUE STORY 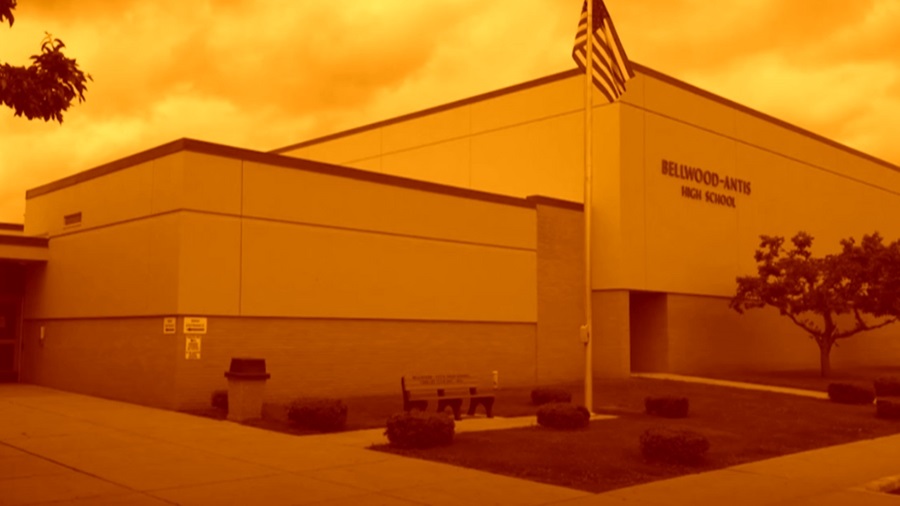 The B-A School District was burned down yesterday during a mask protest by students and faculty.

Wednesday afternoon, the Bellwood Excelsior Fire Department received a call from the district about a fire in the high school cafeteria, but it wasn’t a result of a mishap in the kitchen, rather protestors outside.

This past week, the B-A nutritional department announced that cafeterias school-wide have ran out of chicken patties, a student favorite. As a result of the shortage, students gathered outside the high school cafeteria angrily uttering “We want patties! We want patties!” The gathering quickly gained fame and turned into a mob as the protestors began to damage windows, tables, and chairs and vandalize the property with graffiti. Local officials were called in to contain the protest, but their forces rendered useless against the patty-loving protestors. At around 11:23 A.M., a fire was sparked in the high school cafeteria. Security footage traced the start of the fire to Joseph Durga, who was seen carrying a can of gas and a box of matches into school that day. Durga was charged with arson and is facing 22 years behind bars and a fine of $15,000,000.

One of the protestors, chicken patty lover Cooper Guyer, made his disgust known to the nutritional department.

“Chicken patties are the only reason I wake up to go to school every morning. You can’t beat questionable breaded gray “meat” on a whole grain bun.”

The district addressed the community  last night of the events that occurred.

“Although I can see where the protestors were coming from, this behavior is not acceptable. Due to reconstruction, Bellwood will be reverting to remote learning for the time being. We are currently searching for chicken patties on the market and will alert the public on the purchase.”