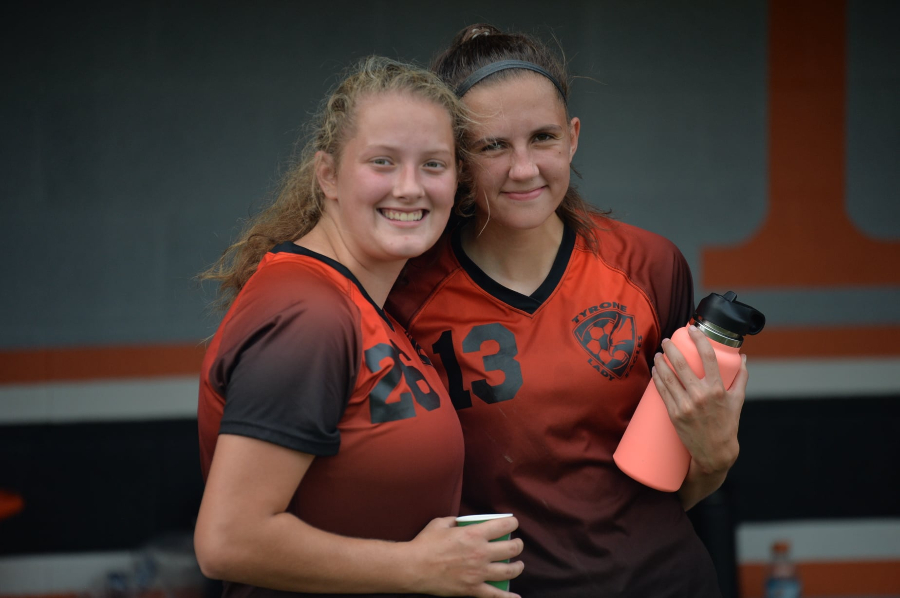 After a shaky start to the season, the girls soccer team has turned it around and won four straight.

Last night the Lady Eagles took on the Bellefonte Raiders, winning the match 5-0. After a slow start to the game, only putting up one goal in the first half, Tyrone/B-A had an explosive second half scoring four goals.

The team also put up a shutout behind Senior goalie Jaylee Shuke.

The soccer team now moves to 6-2, and third in the Mountain League. The Lady Eagle’s look to continue their winning streak tomorrow as they take on the Hollidaysburg Golden Tigers in Tyrone.

The game proved to be a tune-up game as the Blue Devils swept the matchup in dominating fashion with set scores of 25-4, 25-9, and 25-1. The Blue Devils now improve to 6-1 on the season and travel to Mount Union today to take on the Lady Trojans at 7 pm.

The Blue Devils were led by Junior Hailee McConnell with 22 assists and 13 service points Tuesday Night.