Football game against Curwensville cancelled due to COVID 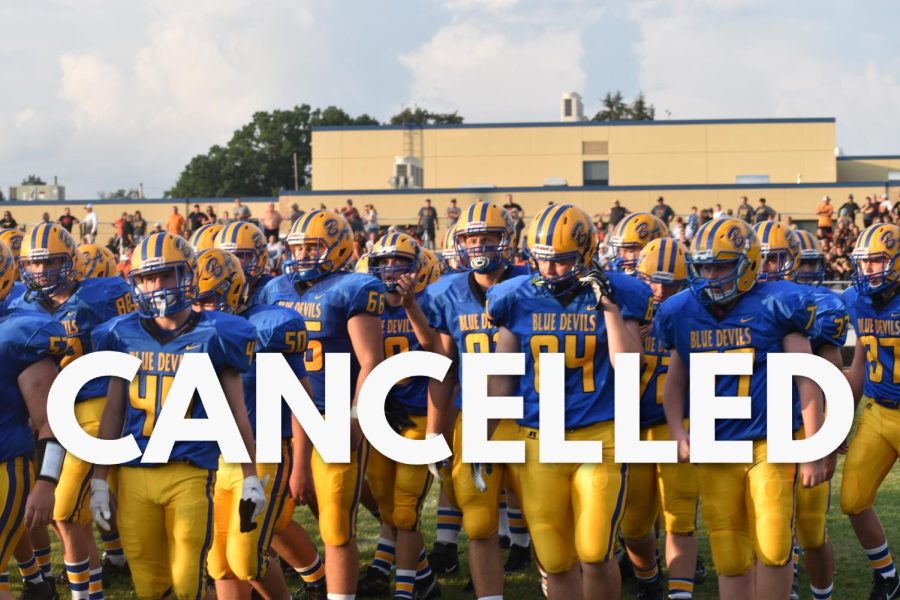 The home football game tonight against Curwensville has been cancelled due to COVID protocols at the visitors' school.

Bellwood-Antis has made it through the COVID-19 pandemic relatively unscathed, at least where the sports scene is concerned.

The Blue Devil football team missed one game last year when an opponent was forced to forfeit because of quarantines; and at the height of the winter surge last year, the girls basketball team went a week at a time without games for the same reason.

This year things had been going smoothly as planned, but that all changed this morning when it was announced that tonight’s game at Memorial Field against Curwensville was cancelled due to COVID protocols with the visitors.

It was scheduled to be Youth Night and was the final home game leading into next week’s Homecoming festivities.

Curwensville was unsure it would have enough players to field a team prior to this morning, but the school had to wait on today’s attendance to record an accurate figure.

As a result of the cancellation, the game will go down as a win for the Blue Devils, who improve to 6-0. In the records, it will be listed as a 1-0 victory.

“I’m disappointed for our kids, but this is something that is out of our control,” said B-A coach Nick Lovrich. “It’s tough because we had a really good week of practice. We wanted to see what we could do against their quarterback. The kids were excited by that challenge and took our practices up another notch this week.”

B-A becomes the second Blair County school in as many weeks to miss a game due to COVID protocols. Last week, nearby Tyrone registered a 2-0 win over Huntingdon after the Bearcats could not field a team because of quarantines from contact tracing.

The Blue Devils missed one game in similar fashion last year, as well, though that one fell on Homecoming, forcing administrators to hold the event not only without a full capacity crowd but without a football game, either.

Athletic Director Charlie Burch said some consideration was given to finding another game, but the short time frame made it almost impossible.

“Finding a football game for Friday night on a Friday morning is a tall task,” he said.  “I had some leads, but in the end, no one wants to play a football game with no preparation at all.  West Shamokin made the decision last night that they were not playing this week.  Hollidaysburg & Conemaugh Township had already shut down plans of playing for the week.  We are all very disappointed, but we will take the forfeit and move on to 6-0.  COVID times have created some unique and difficult circumstances.”

Coach Lovrich was able to find one silver lining in the situation. Because tonight is Youth Night, players spent the day reading to middle and elementary students, and that was a huge success.

“The players are hitting it out of the park,” he said. “I have gotten so many positive comments from teachers who say our players are being excellent role models for young students. That’s a positive to come out of today.”