ATHLETE OF THE WEEK: Sophia Nelson 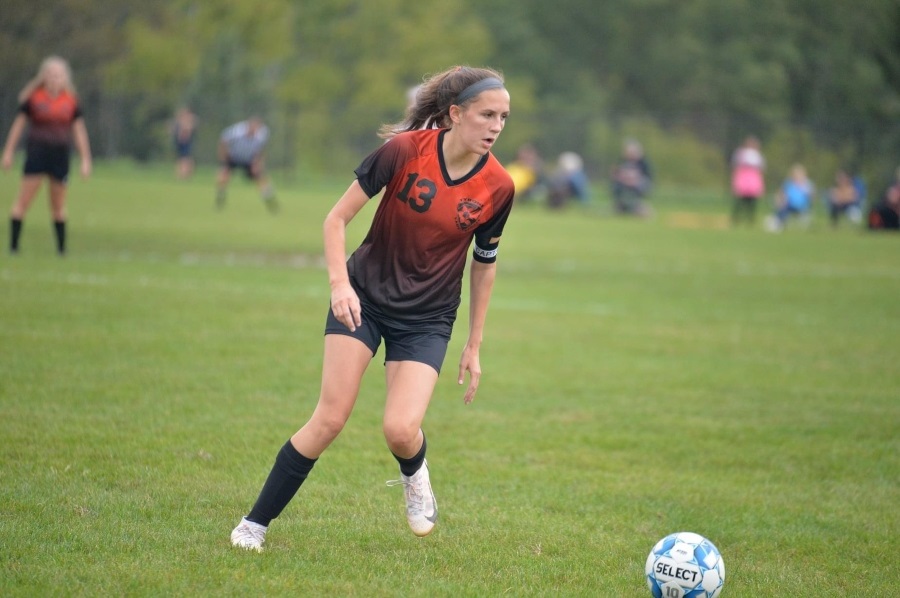 Sophia Nelson has had a very successful senior season

This week’s Athlete of the Week from the Blueprint is senior Sophia Nelson. She was chosen because of her great performance for the girl’s co/op soccer team with Tyrone High School.

Sophia has been instrumental for her whole career in high school.  Being a 4 year starter for the Lady Golden Eagles and was named this year as the team captain. Last week, Nelson had a terrific game against Bishop Guilfoyle when she totaled 2 goals and 4 points for her team. This performance led to her being chosen as the Athlete of The Week.

Nelson is very optimistic about her senior season so far stating “we are playing really well together this year, the season is going really good.” Nelson attributes all of her success to her father, “he’s been coaching me since I was  4 years old and he pushes me to do my best every day.” Sophia’s goal for the team this year is to make it to the District 6 championship game. Nelson also is a very successful member of the Lady Blue Devil track team where she hopes to have another great campaign this year.