Blue Devils look to remain undefeated against the Warriors 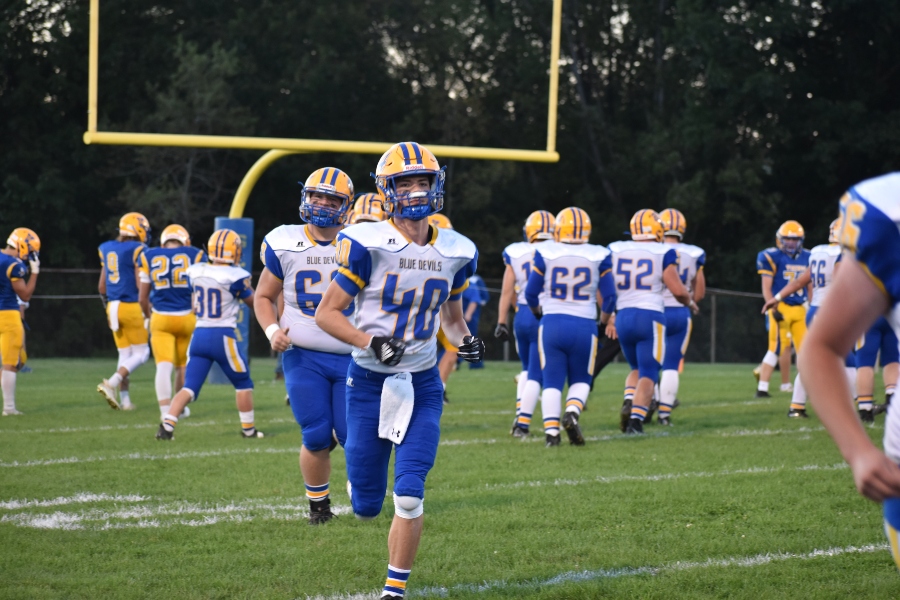 Tonight, the 6-0 Blue Devils will take on the 2-4 West Branch Warriors at Memorial field in an ICC matchup.

This will be a big night for the Devil’s as its not only Youth Night, but it will also be Homecoming. Youth Night was originally scheduled to take place last week against Curwensville, but had to get moved due to the cancellation of the game.

West Branch is led by sophomore quarterback Tyler Biggans. Tyler currently has over 500 passing yards and three touchdowns through the air. He also leads the team with 285 yards on the ground to go along with 8 rushing touchdowns. He’s had some big games, including last week in a loss to Southern Huntingdon when Biggans passed for 133 yards and ran for 95

Behind the steady Zach Pellegrine, who has thrown only one pick this season, B-A has turned the ball over just three times while balancing the run (155 yards/game) with the pass (95 yards/game) flawlessly.

B-A is currently the top seed in District 6 2A and leading Cambria Heights by five points in the race for home field advantage.

The Blue Devils will look to avoid a shaky start after not having a game last week. Last time we saw B-A in action they put up a shutout beating Glendale 42-0.