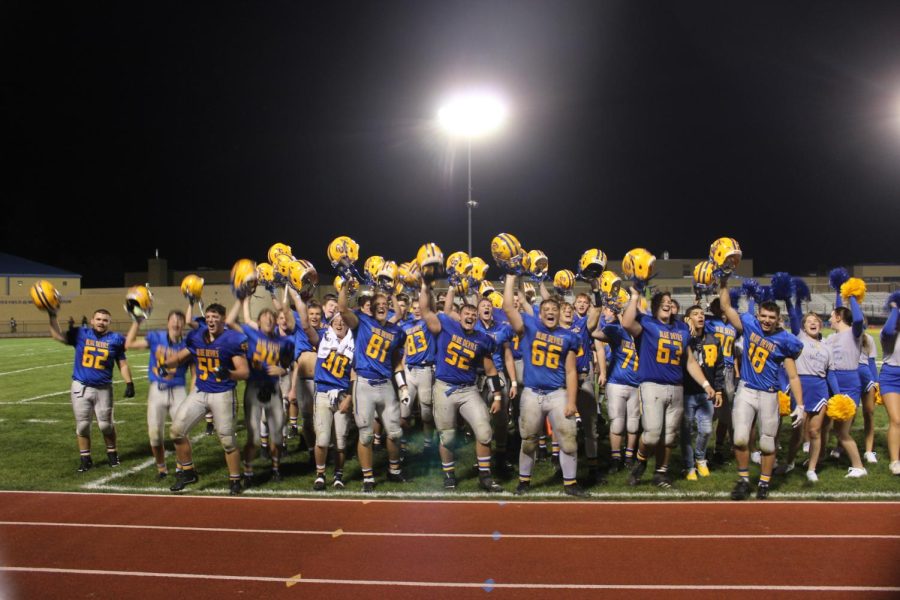 The bye week two weeks ago from a cancellation by Curwensville gave Bellwood two full weeks to prepare for ICC opponent West Branch.

Their hard work definitely showed with seven touchdowns in just the first half against the Warriors this past Friday at the Homecoming game, which B-A won by mercy rule 49-0.

“I thought we played really well Friday night, especially with not playing last week,” Coach Lovrich said. “I think what helped with that was the fact that we practiced all week last week like we were going to play.  Having a bye week knowing you don’t have a game changes the mentality of a practice so we were lucky that we did not have to deal with that.”

The first score to set off the Blue Devil offense was a pick-6 within two minutes of the first quarter by senior cornerback Hunter Shawley. Three more seniors tacked on touchdowns in the first: Cooper Guyer, Sean Mallon, and Connor Gibbons, who had a 76-yard punt return.

“Anytime you can score a TD on defense and special teams is great,” said Coach Lovrich. “I thought we played well as an entire team.  Our back-ups played at a high level also so we were very happy about that.  It shows that they have been improving throughout the year.”

Gibbons finished with 129 yards on five carries, an average of 25.8 yards per carry.

At the half, Emilee Kensigner was crowned 2021 homecoming queen.

The Warriors fall to a record of 2-5 and 11th in the ICC standings while the Devils improve to 7-0, sitting in first place in the ICC and District 6 AA standings.