B-A volleyball takes down the Hornets 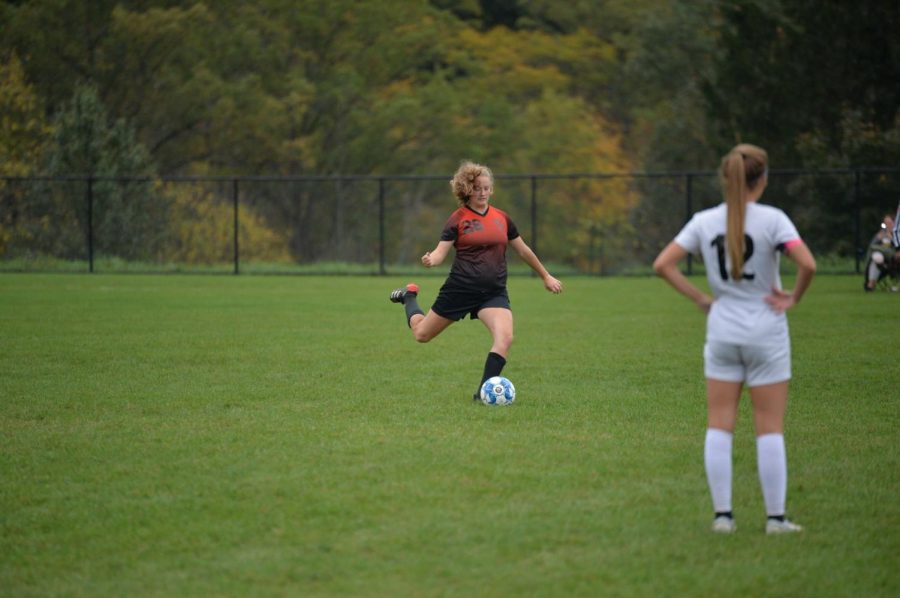 Jaylee Shuke kicks one out of trouble in Tuesday's co-op soccer game against Clearfield.

Yesterday, the Lady Devils travelled up to Alexandria to take on the Juniata Valley Hornets.

The B-A volleyball team was shorthanded this week, when they lost three of their starters and their head coach due to contact tracing.

With their most recent victory it pushes them to 12-3 overall, and 9-1 in the ICC.

The Lady Devils are currently ranked No. 4 in District 6 1A and looking to secure a top seed in the playoffs.

The final score was 6-1, but even in the loss the Lady Eagles were able to maintain their standing as the No. 2 team in the District 6 3A rankings. At 7-6, Tyrone trails on top-ranked Hollidaysburg, which is 10-4.