ATHLETE OF THE WEEK: Hailee McConnell 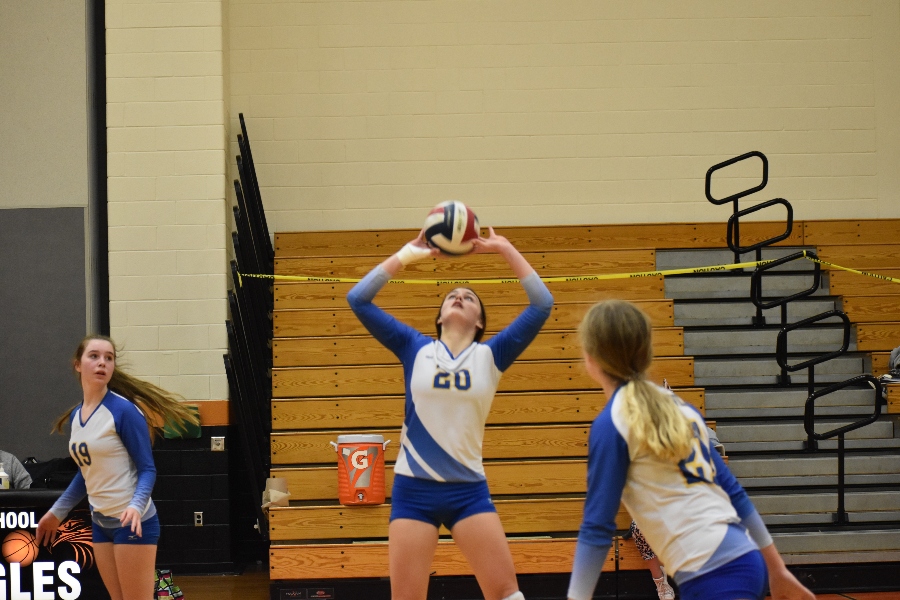 Last Thursday, the B-A volleyball team traveled to Glendale for marquee ICC volleyball matchup. The Blue Devils swept the Lady Vikings 3-0 with scores of 25-23, 25-17, and 25-16. This huge win improved the Lady Blue Devils record to 13-3. However, a historic feat was accomplished for Junior Hailee McConnell when she reached the 500 career assist mark, this earned her the Blueprint athlete of the week award.

McConnell has been a key contributor all season for the Lady Blue Devils and has started since her sophomore year. Along with her impressive amount of assists, McConnell has added 72 aces, 38 service points, and 45 digs for the Blue Devils.

B-A Girls Volleyball is having their best season in years in big thanks to the contributions from McConnell, when asked who she attributes her success to she stated “I would say my team, we all work very hard and play well together.” She also commented on her assist mark, “ It felt really great because I got moved to setter only at the end of last season and never expected to get this far as a setter.” McConnell also feels that there is a different energy with this years team compared to other stating “most of the starters on the team played travel ball together and we all got used to playing with each other and I think we all have really good chemistry.”