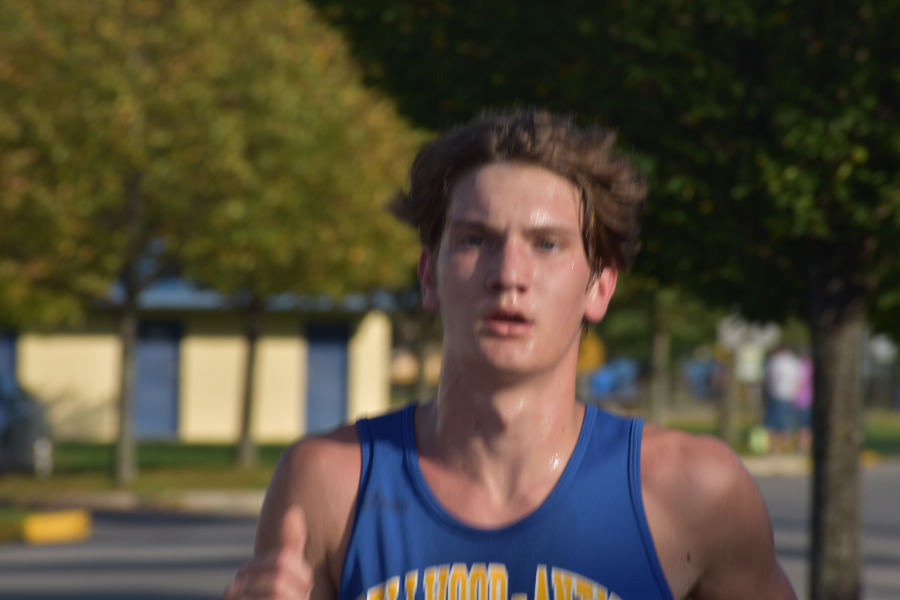 Corey Shanafelt was one of four top 10 finishers for the boys cross country team at the ICC meet.

The cross country team finished the season with an undefeated ICC record, and just one loss overall to Tyrone. This marks their first undefeated ICC season in over 12 years.

Senior Caedon Poe boasting a time of 18:35 at the ICC meet had this to say about their season “It was encouraging to see the team progress over the year. We co-opted with Bishop Guilfoyle this year, which I believe was a necessary part to winning ICCs.”

Adding BG to the team was a tough decision for the B-A cross country team. The team ultimately decided it gave them the best chance to win and voted unanimously for it.