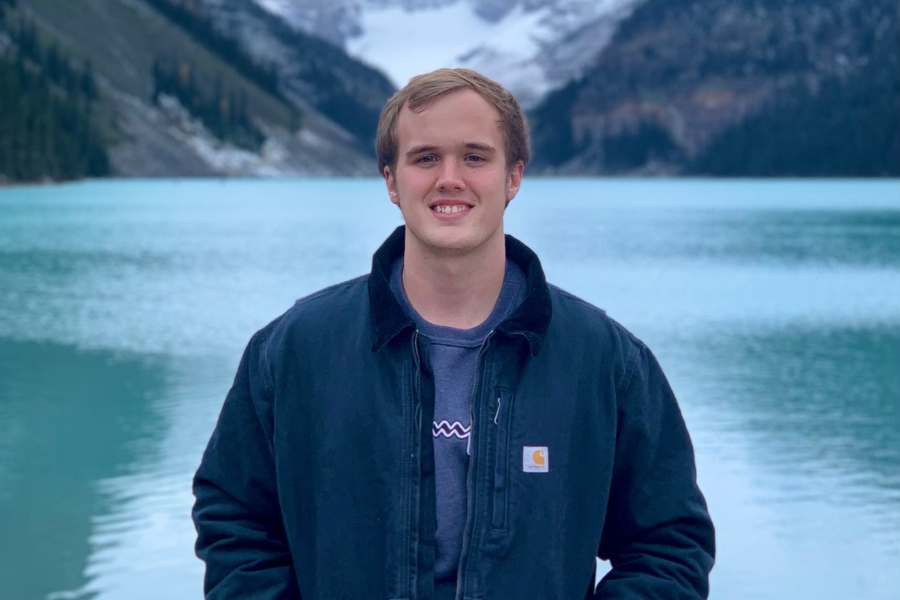 Odessa is a town in West Texas known for 2 things – oil and high school football. The setting for the book Friday Night Lights, it has experienced booms and busts thanks to oil extracting.

One Bellwood-Antis alumni is benefiting from its oil business now in and around the Permian Basin, though he is yet to get a dose of Texas High School Football.

Jake Burch is a member of the Class of 2016, and he now resides in Midland, which is about 15 miles from Odessa (it is also home to the biggest rival of the Odessa Permain Panthers – Midland Legacy). He is currently working as a senior engineer for a completions chemical company in the oil and gas industry called Downhole Chemical Solutions (DCS).

He has given a brief description of his job. “A friction reducer plays a crucial role in reducing the pressure required to successfully fracture a rock downhole.”

Though he never experienced anything like what he’s doing now while he was in Pennsylvania, where he graduated from Penn State University in 2021, Jake feels his studies at both B-A and PSU readied him for his career choice.

“Bellwood prepared me very well for my pre-major engineering coursework. It certainly go more difficult as I got into my major, but Penn State provides a great staff and set of recourses to help students succeed,” Jake stated.

Jake found employment almost immediately after graduation, so he didn’t have a lot of work experience when he was trying to get a job.

When Jake graduated from  college,  COVID-19 led to a crash in oil prices. He said it wasn’t the best time to graduate with a petroleum degree. He started applying to as many jobs as possible, and got an interview with his current company. Once he received word he got the job, he moved down south 10 days later.

The entire process led to some worrisome nights for his father Charlie Burch, a staple at Bellwood-Antis his along with teaching psychology is also the Athletic Director and the junior high football coach.

“It was a little bit of scary time with COVID hitting and his original job being put on hold,” he said. “But he persevered and kept getting his resume out there and it paid off. I hope some day he can come back to the Northeast maybe even western PA, but he has an amazing start to a career in the petroleum industry.”

One of the things Jake enjoys about his work is that it is a good mix of time in the field and office. He gets to travel a lot with his job including different places in Texas, Louisiana, Oklahoma, and more different places.

He also feels he is making a difference.

“Responsibly sourced American oil and gas is going to play a critical role in the eventual energy transition, and I’m glad to be a part of it,” he said.

It has been  a bit of a culture shock going from Bellwood to Texas, but Jake thinks that he has adjusted pretty well.

“Bellwood has a small community feel that is hard to replicate, and I think we took it for granted sometimes growing up,” he said.

“College can be an adjustment, (from high school) especially depending on the size of school you go to. One of the best pieces of advice I can offer is learn is how to effectively manage your time. You are in charge of your own schedule in college, so its important to set yourself up for success.”

“If you are in a class with hundreds of other students, it’s a good idea to go to office hours and study sessions so that you can get more individualized time with your instructors. In my experience, they always appreciate someone putting in the extra effort,” he said.

Though Jake was a multi-sport athlete at Bellwood-Antis, starring in football basketball, and track & field, he has yet to take in the legendary spectacle of Texas high school football since moving to Midland.

“Unfortunately, I haven’t yet. Last year was an interesting time for sports with all the restrictions in place,” he said. “I’ll have to take some time to watch a game one of these weekends.”

Jake is engaged to fellow B-A alumnus Tierra Mahute, who lives with him in Odessa and is teaching pre-school. They are engaged to be married in October of 2022.