BOOKLIGHT: Rust in Peace: The Inside Story of the Megadeth Masterpiece 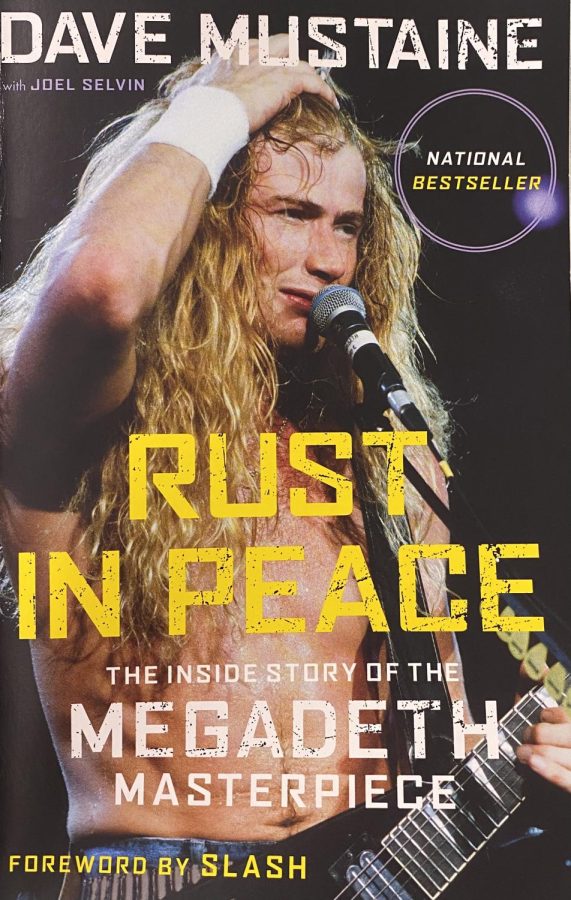 Released in 1990, Rust in Peace was the fourth studio album from the thrash metal band Megadeth.  Along with most other bands in the late 1980’s, the members of Megadeth struggled with addiction which led to rising tensions within the band.  These haphazard conditions led to the creation of what many consider the band’s greatest record.

Rust in Peace: The Inside Story of the Megadeth Masterpiece, was written by the lead vocalist and rhythm guitarist of Megadeth, Dave Mustaine.  The book takes an inside look at the band, showing vulnerability to the heavy metal giants who seemed impenetrable at the time.  For any fan of the metal genre, the second book by Mustaine is a must-read.  The members’ harrowing accounts of drug use and addiction serve as a stark warning to those upcoming in the music industry.

The book starts off by detailing the band’s tour before recording their fourth record, where the full effects of drug use started to pull the members apart.  Even through multiple attempts at attending rehab and firing members of the band who were bad influences, Mustaine was unable to curb his drug use.

A main theme that persists throughout the book is the division that was caused by the band’s struggles with addiction.  Mustaine was never able to record an album as successful as Rust in Peace without achieving sobriety.

After this problematic period in Megadeth’s history, the band prepared to record their next record.  The next section in the book shines light on the entire recording process while Mustaine breaks down the lyrical meaning to each song which include themes related to religion, war, and addiction.  Mustaine explains that the record has made it through the test of time due to the content of the album still being applicable in today’s society.  Topics such as religious warfare and political corruption that inspired the band to write the album are still occurring across the world.

The book ends by explaining the fallout of the band after their first Rust in Peace tour, and why creative issues proved to be just as problematic to the members as addiction.

Bands in the 1980’s were often viewed as invincible to the world, even though that was far from the truth.  Mustaine’s book tells what was really happening in the music industry, and shares a brave inside-look at his band.  Megadeth may have never achieved the same success on a singular album as Rust in Peace, but they will always be regarded as one of the greatest metal bands of all time.