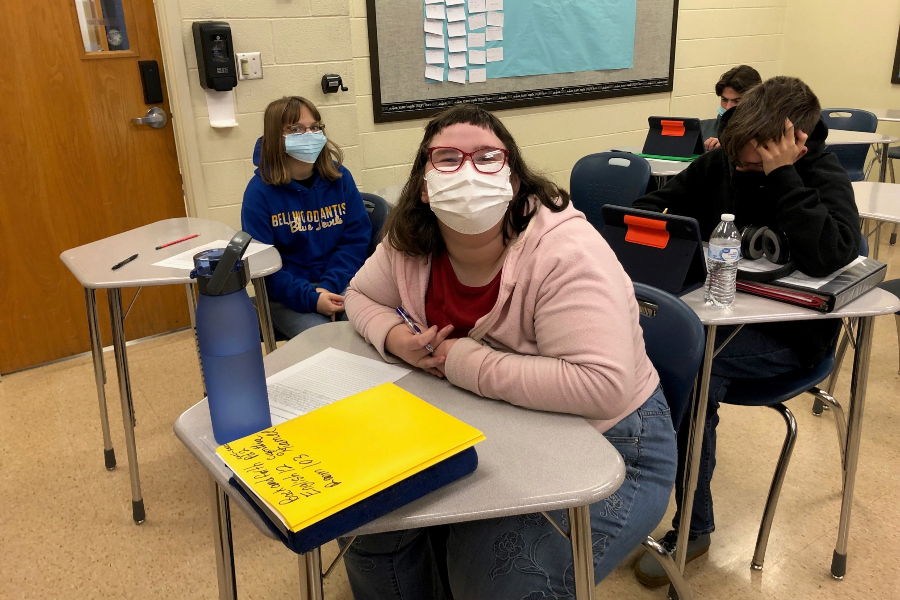 After another change of the mask policies in Pennsylvania schools, Governor Tom Wolf stated that he will allow school districts to develop their own mask mandate on January 17.

All PA schools have been wearing masks since September, when the governor enacted his first mandate of the 2020-2021 school year, which required all students and professionals in K-12 schools to wear a mask.  This mandate has proven to be problematic with House Republicans as well as students and teachers who believe that local school officials should create mask policies.

Bellwood-Antis has been no exception, and while the district has avoided overly heated and contentious confrontations at board meetings experienced by other area schools, like Tyrone and Altoona, the masking policy has been challenging, according to Superintendent Dr. Thomas McInroy.

“These decisions make it difficult because everyone has opinions that are very deeply rooted,”  he said.

Dr. McInroy also spoke about the difficulty that will come if local schools are allowed to make their own policy.

“The school board has to balance the beliefs of everyone by showing respect and compromising with both sides of the debate,” Dr. McInroy said.

Legal battles have surrounded each mandate, with the most recent case being decided in the favor of those who are against mandatory masking.  The Commonwealth Court ruled in a lawsuit that the statewide mask mandate created by Governor Wolf in September must end by December 4, although this decision will most likely be challenged by the Wolf administration to the state Supreme Court.

Larger school districts such as those in Pittsburgh and Philadelphia have stated that they will continue mandatory masking, while other smaller school districts will allow optional masking as soon as it is possible.  Governor Wolf did not confirm if this ruling would remain in effect if COVID-19 cases were to rise.

Masking rules have proven difficult this year for a number of reasons. Many students and teachers are now vaccinated, which has led some to wonder why they would then have to take the extra precaution of masking.

Also, when school began at B-A in August, there was no masking rule in effect. That came a week into September, and by then there was significant resistance. Many students sought exemptions, and through the middle of October most exemptions were accepted. That changed when students were required to have excuses for exemptions signed by doctors, leading to the current policy that every person inside the buildings of the Bellwood-Antis School District must be masked.