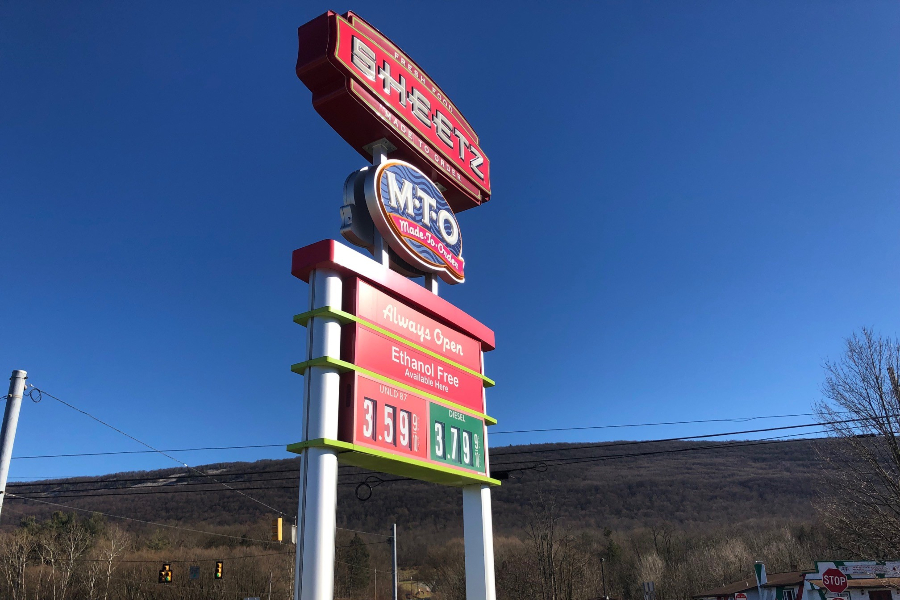 Gas prices in the area have dropped by an average of 1 penny in the last week, but they remain close to the $3.60 per gallon range.

Have you driven to the gas station lately to put $30 of gas in your tank only to barely see a difference in your gas gauge?

Gas prices have gone through the roof in recent months, and the rising costs are having an effect on young drivers at Bellwood-Antis.

Gas prices have been on the rise for a variety of reasons, including the lowering of pandemic travel restrictions and supply chain breaks caused by the pandemic. Russia and other countries also play a role in rising gas prices, according to AAA.

For teens who just received their license and now have high gas prices to deal with, it makes it hard  to just fill their tanks.

“It’s very difficult because I play sports and can’t get a job, so I have no money to do anything besides go from point A to B,” said  enior Jaylee Shuke.

When the pandemic first began not many people were driving on the roads because they were stuck in their homes. On Monday, April 20, 2020 there were 13 states that has gas prices under $1 a gallon, with prices falling as low as 89 cents in Wisconsin. The lowest local gas prices dropped during the pandemic was $2.37, and to today’s date average of $3.57 is well beyond that.

Now that there are more people getting the COVID vaccine and social areas and jobs have opened back up,  more people are back on the roads, creating lower supply of gas and greater demand.

This isn’t good for  high school students who find it’s already hard enough to fit time to work and make money into a schedule that also includes extra curricular activities.

It has forced students to make decisions they may not have had to make just a couple years ago.

“It has been very hard. My bank account takes hug hits every time I go to the pump. I’m not able to go out and eat as much, or go out with my friends as much as I used to because I have to be extremely careful with my funds now because of gas prices,” said senior Cooper Keen.

“I used to go to State College and Pittsburgh a decent bit, but now I am hesitant to even go to Altoona,” said classmate Zach Amato.

In fact, most students say it has been affecting them and making it hard to get around. Cooper Guyer  said it cost him $55 just to fill his tank. He also pays for his own gas and as a multi-sport athlete doesn’t have much time for working a job.  Amato, who drives a Ford pickup, said it costs him $100 to fill his tank.

Even someone with a much smaller gas tank like senior Will Nixon, who owns a 2004 Honda Civic,  said its not easy to pay to fill his gas tank.

“Sometimes I don’t even want to stop to get gas,” he said.

Another person who pays for their own gas is senior Kyler Sweigert, who said he has to save all his money for driving, so it makes it hard to do other activities.

“I partly fill my tank because I can’t stand to spend all the money at once,” he said.

A few student drivers say they are relatively unaffected by high gas prices. Mike Killinger, who earned his license recently, drives a Ford Ranger, which is on the smaller side of pickup trucks, but it still costs $55 to fill the tank.  He said as long as he has been driving gas prices have been high, so he’s not put off by the recent surge.

Sarah Berkowitz, a senior who works at Powerhouse Subs in Tyrone, has to make the trip out of Bellwood almost every day.

“I have been very fortunate that I make enough money to cover my gas expenses. However, it is disappointing when I fill my tanks with all my earnings from a shift,” said  Berkowitz.

Gas prices in the area have seen a decline of about a cent per gallon over the last week, while national averages have dropped by a nickel, according to AAA.