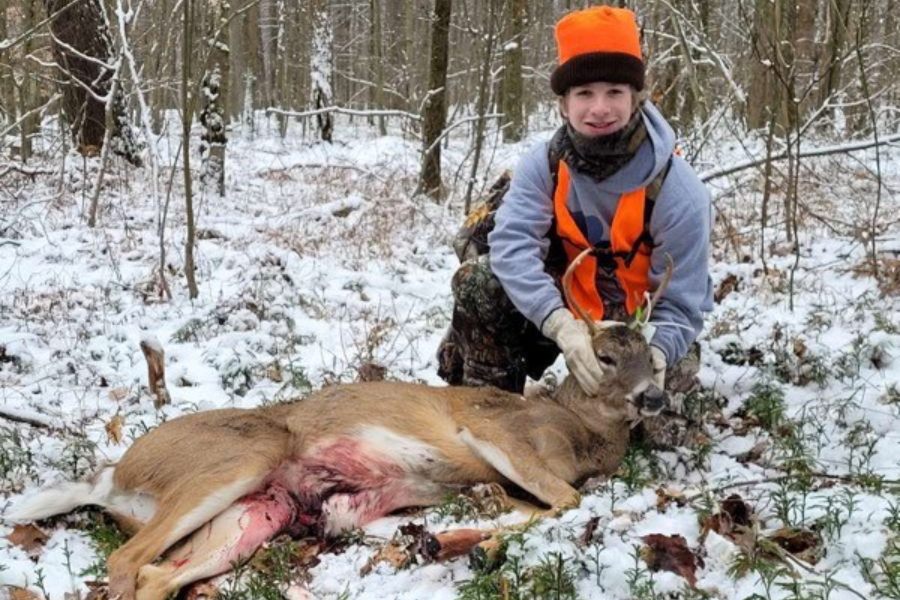 Sam Miller is one of many BA students to get a deer during the first week of hunting season.

Many students at BAHS started their hunting season over the Thanksgiving break. Some such as, Brady Brown, Dakota Corle, Hayliana Shumac, Ethan Sharff, Nathan Brennan, Liam Maule, Gavin Mcelwain, Sam Miller, and Braden Lewis, had success. While some just enjoyed their time outdoors.

Ethan, Liam, Gavin, Sam, and Ryan both said they got a buck while Brady, Dakota, Hayliana, Nathan, and Braden got a doe. The students who didn’t get anything say that they plan on going out again and have high hopes of getting something.

The hunters interviewed gave different answers about what they do with the deer they get. Some said they make meat, take it to tr from Bellwood. The majority said they usually hunt in the same area.

Congratulations to all the hunters who had a great start to their season!