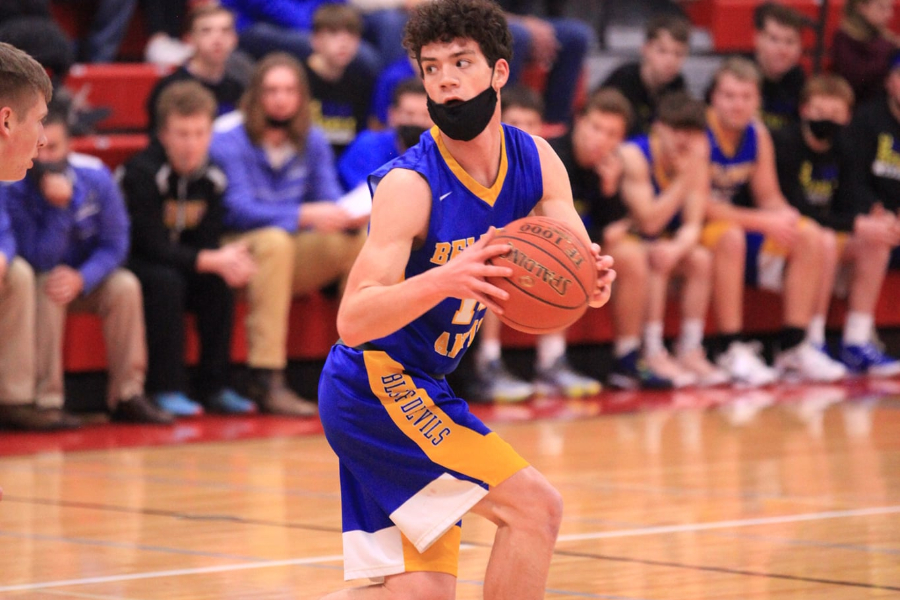 Last night, the B-A Blue Devils traveled to Williamsburg to take on the Blue Pirates. Bellwood came up just in its comeback effort when senior Lambert Palmer of Williamsburg won the game for the Pirates with a put-back layup with 2.5 seconds remaining to send the Burg to a 57-55 victory.

The Devils got out to a slow start, trailing 21-9 after the first quarter of play. After closing the deficit to 10 at halftime, the Devils came out hot in the second half and tied the game going into the fourth quarter. Trailing by 3 with 37.8 seconds to go senior Sean Mallon made a lay up and got a foul call sending him to the line down by 1. Mallon then made the free-throw tying the game.

This let Williamsburg get the last possession of the game, which they took full advantage of. After a missed shot, Palmer missed his first put back attempt but got his own rebound and scored the game-winning points. This gave Williamsburg the 57-55 lead. With not enough time to get a good shot, Bellwood was forced to take a last second shot from beyond half-court which was missed.

Mallon led the team with points with a game high 26, with Kyler Sweigert second with 11 points.

Head coach Patrick Cassidy praised the team mentality his team displayed saying,  “I really felt like we have brought another attitude and it showed last night.”

He also talked about the slow first quarter start.

“We got down early and didn’t stop fighting. We have to learn from the slow starts, but maintain a fighters mentality,” he said.

This moves the team record to 4-5. The Devils will look to bounce back with a win on Saturday when they host the Everett Warriors.