OPINION: America’s division is the greatest it’s ever been 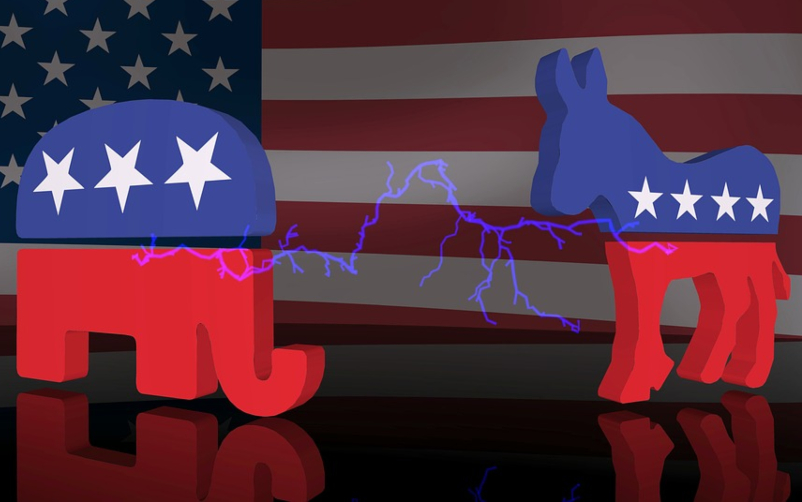 Today’s society is rooted in division.  Political, social, moral, and COVID-19 related issues draw stark lines between every group in America.  Even though this conflict was visible before the pandemic, it has exacerbated the issue due to the isolation and frustration of every American.  From riots in the streets to dysfunction on Capitol Hill, many have started to wonder if we are on the path of America’s Civil War 2.0.

America’s biggest issue right now begins at the top, with the country’s lawmakers.  As a result of the Democratic Party’s failure to pass the Build Back Better Act and the new voting rights act, congress’ approval rating has slipped to a mere 18%.

This number should be a sobering reminder to those who are leading America that their constituents are losing faith in them.  The main factor that has caused this slip in faith has been the obstructionist mindsets that both political parties have adopted over the past century.  Lack of compromise, or even the lack of simple cooperation, has caused America to be fed up with its’ congressional leaders.

Another reason the senate is in extreme dysfunction is because of the near 50/50 split of Democrats to Republicans.  In George Washington’s farewell address, he stressed the importance of unity while also stating his fear of political parties.  Washington believed that political affiliations would create “cunning, ambitious, and unprincipled men” that would “usurp themselves for the reins of government; destroying afterwards the very engines, which have lifted them to unjust dominion.”

Washington’s predictions are frighteningly accurate to today’s political climate, with career politicians who seek power filling Capitol Hill.  These individuals harm the nation while they seek to fulfill their own goals, rather than strive for the betterment of America.

Worsening the bonds that hold America’s divided parties together is the media.  It is nearly impossible to find information that is not misleading due to political bias.  News sites such as CNN and Fox News have varying political narratives depending on which party the current president is in.  This inability to become well informed on current events is detrimental to society today.  The importance of an educated populous is an idea that has persisted for over two centuries, with Thomas Jefferson stating, “An educated citizenry is a vital requisite for our survival as a free people”.

However, this speech persisted throughout President Trump’s time in the White House as well.  The former president often included “leftists” when referring to the “looters” of the Black Lives Matter movement.  By splitting the country down lines of a defined good and bad, the former and current president have done a better job of dividing America rather than restoring the bonds that once held the left and right of the country together.

Division in America today is different from any other era.  The rise of social media has allowed people today to access information and develop an opinion on it immediately, without any further research.  The divisiveness and misleading efforts of media outlets portrays a weak, and unorganized government that is destined to fail.  Although the government may be inefficient in its current state, the American people need to realize that what holds us together is stronger than what pulls us apart.