The Power of 3: Best Jordan’s 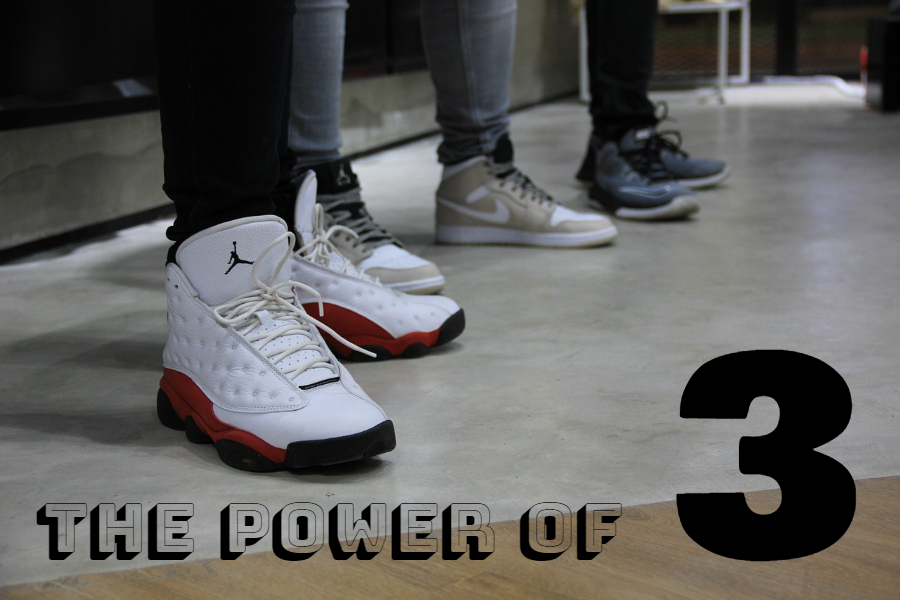 Air Jordans are more iconic now than ever.

No doubt about it Michael Jordan is arguable the best basketball player of all time, and has the best and most influential shoes in the game of basket ball. He started his shoe brand with a partnership with an almost unheard of shoe brand, but He almost didn’t sign with the now powerhouse conglomerate known as Nike.

MJ really wanted to sign with adidas as they were his favorite shoes at the time but the compony made the biggest mistake of there life by rejecting him from an offer. But then Nike came along and offered him a great deal. However, he almost turned the offer down but his mom stepped in and made him take the offer. So, we can all thank Deloris Jordan for some of the best shoes ever.

The original is the best and most sleek looking shoe in the whole Jordan franchise. The shoe that started it all started up the best shoe brand of all time nothing can beat these as you have the low tops and the high tops some for everybody.

The 4’s have have a very nice design and some great colorways. The Air Jordan 4 came out in 1989 and was designed by Tinker Hatfield. It features lightweight netting and plastic wings on the upper as well as visible Max Air. The original colorways of the Air Jordan IV are ‘White/Cement,’ ‘Bred,’ ‘Military,’ and ‘Fire Red.

The Air Jordan 3 is Michael Jordan’s third signature basketball shoe. It debut in 1988 in four colorways of white, black, red, and blue. It was the first Air Jordan to feature visible Air, elephant print, and the iconic Jumpman logo.