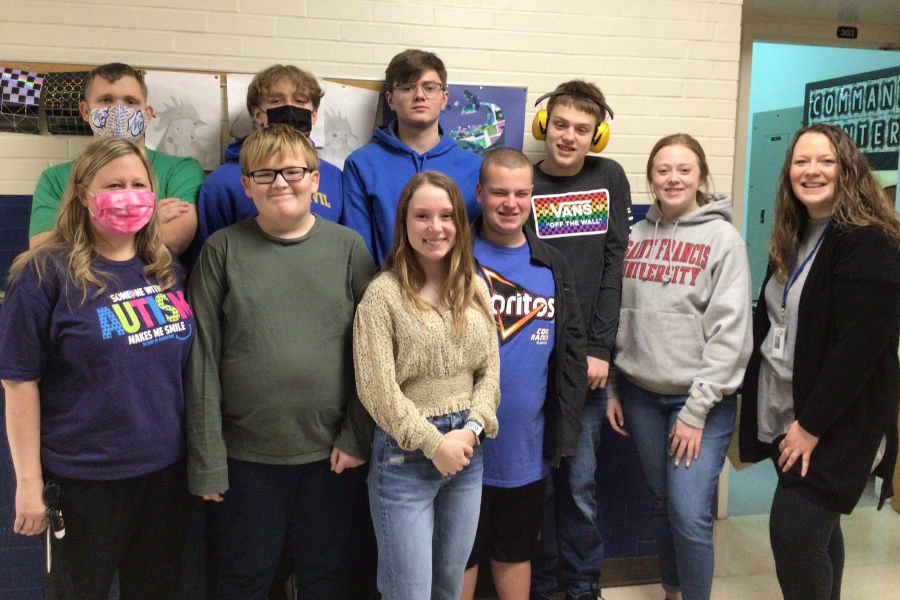 The Bellwood-Antis Unified Bocce team will open its season today at 3:30 in the high school gymnasium against Claysburg-Kimmel.

The team is coached by April Cramer and Leah McNaul. Shannon Elder is also a member of the coaching staff.

“Our team has been doing an amazing job. The students have formed bonds that they may not necessarily would have outside our classroom. We have been practicing since December twice a week,” said Mrs. Cramer.

Bocce is a sport played with eight large balls and one smaller target or object ball. There are four balls per team and they are made of a different color or pattern to distinguish the balls of one team from another. The goal is for a team to get the most balls rolled in the vicinity of the object ball in any particular round.

Unified bocce is an official PIAA sport where teams are comprised of Special Olympic-eligible students and regular education students. B-A has fielded a unified bocce team since the 2017-2018 school year.

As a member of a unified sport, the team must practice a minimum of two times per week and participate in at least 3 competitions.