ATHLETE OF THE WEEK: Julius Diossa 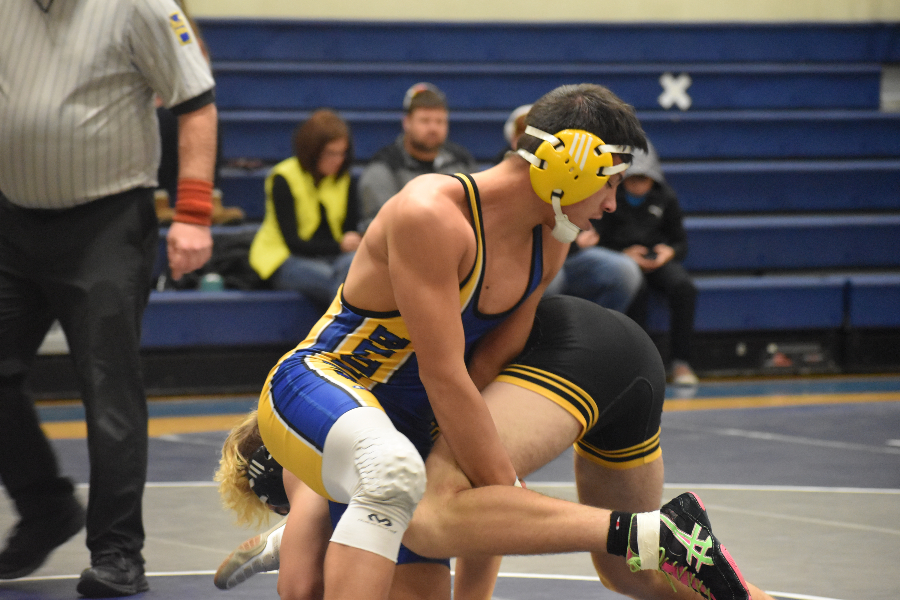 Julius Diossa has become a team leader for the Blue Devil wrestlers.

Senior wrestler Julius Diossa has had a great individual wrestling season, boasting a team best 10-3 record. For all of his success on the mat, the BluePrint has names him Athlete of the Week.

Julius prepared for this season by attending camps during the offseason and working with different coaches. He has put in a lot of work in the offseason, which can attribute To his very successful season up to this point.

This season has not gone to plan for the B-A wrestling team as a whole, as the Devils currently stand at 0-16. They also lost their coach midseason when he resigned. This loss was difficult for the team with Julius saying, “Honestly it’s hard because I was locked in this season and now its very odd not having those faces in the practice room.”

Julius has spent most of the season wrestling at 152, but he recently made the switch to 160, where he will compete at Districts. Among his 10 victories are five pins.

Julius’s goal for this season is to make it to Hershey, and place in states. His next year plans include going to a trade school.

Good luck to the wrestling team for the rest of the season!