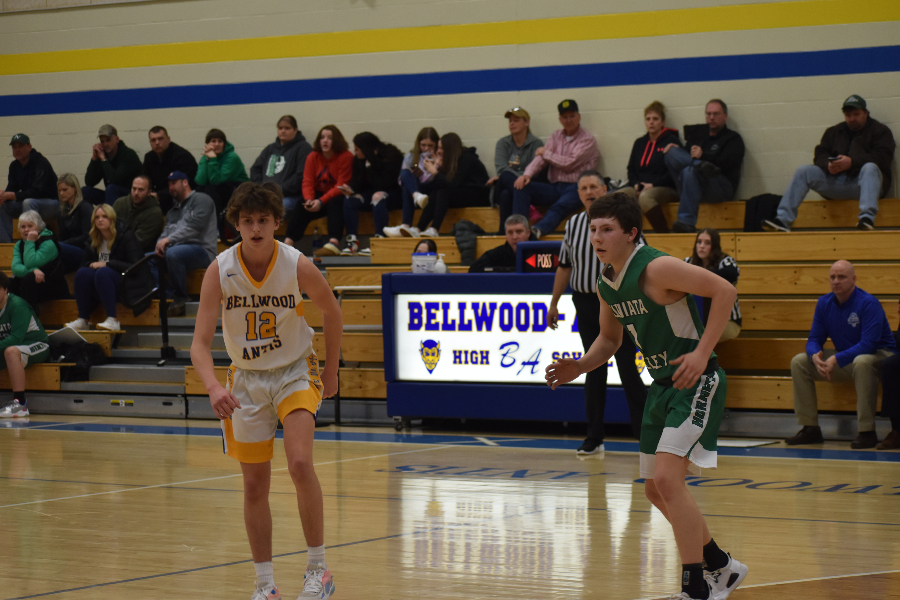 Last night, the boy’s basketball team hosted the Juniata Valley Hornets. Bellwood was able to defend their home court, coming away with a 62-55 victory.

After a first half which saw Bellwood only up 2 at half (31-29), BA came out on fire in the second half expanding their lead to 12 points after the end of the third quarter. They were able to retain their lead in the fourth winning the game by 7.

Senior Kyler Sweigert and Sean Mallon both played key roles in the ICC victory last night. Kyler scored a game high 24 points, with Sean right behind him with 22. Kyler caught fire in the first half from three, making 5 three pointers in the first half, and ending the game with six. Sean also added in two threes of his own.

With the victory, the Devils get over the .500 mark and move to an 8-7 record. Bellwood moves to fourth in the ICC North, and 8th in the district 6 playoffs.

The boys will look to continue their 3 game win streak when they play host to Cambria Heights tonight.

On Tuesday, the girl’s basketball team traveled up to Alexandria to take on the 8-5 Juniata Valley Hornets. The Lady Devils got out to a blistering hot start, scoring 30 points in the first quarter while only giving up 7. Bellwood was able to hang onto their lead and cruised into a 71-45 ICC victory.

Junior Chelsea McCaulsky led the way for the Devils scoring a game high 26 points, and also dished out 8 assists in the win. Fellow junior Lydia Worthing had a good all around game dropping a double-double with 18 points and 12 rebounds.

With the win, the girl’s basketball team improves their record to 12-2 on the season, and keeps them in first place in the ICC North. Bellwood is now third in the district 6 playoffs behind Penns Manor, and Bishop McCourt.

The Lady Devils will look to build on their 8 game win streak when the team travels to Houtzdale to take on Moshannon valley Damsels.