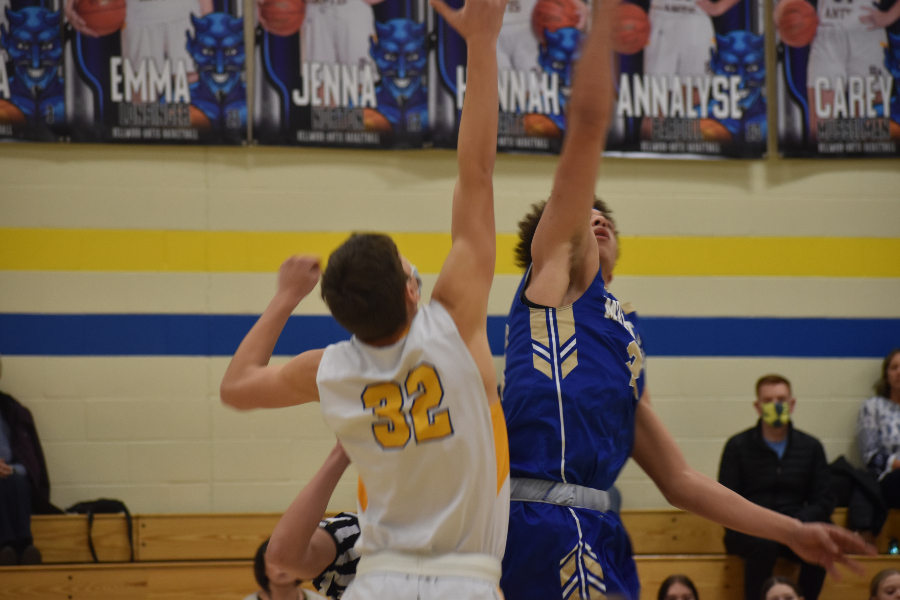 B-A's up-and-down season continued with a loss to Cambria Heights.

On Wednesday night, the Bellwood-Antis basketball team fell to the visiting Cambria Heights Highlanders 51-32, in a non league matchup. The game quickly got out of hand, with Bellwood only mustering 12 first half points and heading into the break down 33-12. Bellwood was able to weather the storm in the second half with a much better performance, but they made no comeback towards the lofty deficit that was built early.  The loss comes after a 3 game winning streak for the Blue Devils.

“We have to come out with more energy,” said senior guard Zach Pellegrine. “When the team plays with more energy we play much better, we have to get back to that if we want to finish the season strong.”

This game had large playoff implications with B-A and Cambria Heights being very close to each other in the District 6 2A playoff standings. The loss moves the Blue Devils to the 8th seed, while the win for the Highlanders moves them into the No. 5 spot.

The Highlanders did most of their damage in the paint with their bruising big men cleaning up rebounds and providing more scoring opportunities and second chance points for their team. “Their second chance points really killed us” B-A coach Pat Cassidy told the Altoona Mirror.

The Blue Devils also shot an awful 0-8 from the free throw line, which proved to take away points at crucial points in the game.

Kyler Sweigert led Blue Devil scoring with 11 points, while Carter Lamb led the Highlanders and the game with 18 points while adding 8 rebounds as well.

The loss drops B-A to an 8-8 record, and they will stay at home for their next contest with Moshannon Valley coming to town.