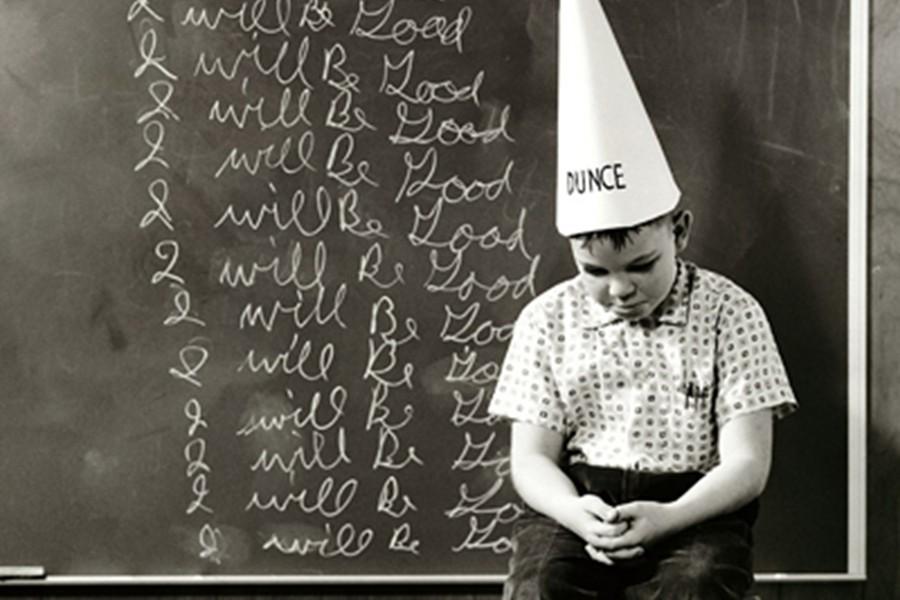 Dunce Day! (Say it like Hump Day its way funnier that way.)

Everyone knows the dunce cap, a giant cone cap a large “D” or the word “DUNCE” written on it-the brilliant sign that the person wearing it is stupid.

John Duns Scotus, one of three of the most important philosopher-theologians of the High Middle Ages, died November 8, 1309. However, he did not leave this world without making a mark. He created the dunce cap and shaped it like a cone so knowledge can go through the top into the brain.

His achievement is celebrated this Saturday, the anniversary of his death.

I’m not quite sure that the engineering of the cap wasn’t thought through enough. A funnel is the wide end on top to allow more stuff to go in and not spill. The cap is upside-down and logically not much liquid (knowledge) would get into it because the hole is small, causing knowledge to spill over missing the area that is being aimed for.

This brilliant device was usually given to disobedient school children who had to wear it and stand in the corner facing the wall up to a half hour. The hope was so no one in class would be a dunce and students would avoid misbehavior. The kids were embarrassed because then everyone knew that the wearer was stupid and made fun of them.