Girls basketball season comes to a close after loss to Neshannock 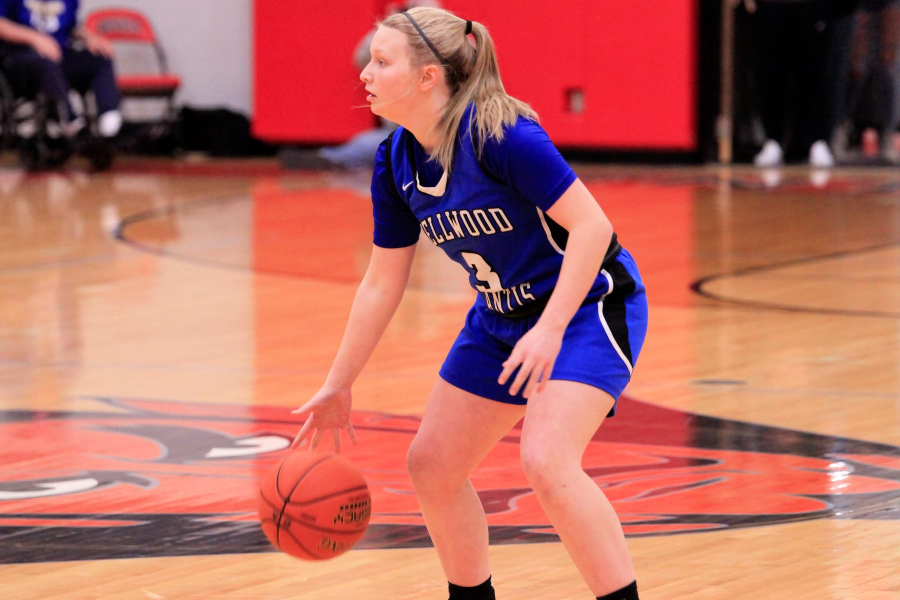 Leigha Clapper was one of several key players to have foul troubles against Neshannock.

The Lady Blue Devil basketball squad was on pace to play in their third state championship game in four years last Friday with a win over Neshannock at Armstrong High School.

A distinct size advantage helped the Lancers outscore the Devils every quarter except for the third where both teams put up nine points a piece. Turnovers ended up being a deciding factor for B-A as the ladies accumulated 19 of them.

Neshannock led 28-23 at halftime but B-A was able to pull within a basket in the third quarter on a shot by Leigha Clapper, but the Lady Devils were never able to overcome the foul trouble that affected them most of the game. Clapper would soon leave with four fouls, and later Lydia Worthing fouled out.

Despite the ladies’ trouble maintaining the ball, four Devils were in double figures with Chelsea McCaulsky putting up 13, sophomore Chloe Hammond putting up 11, and Jaidyn McCracken and Clapper putting up 10.

“We gave everything we had,” said senior Jaidyn McCracken. “But it just didn’t go our way. Foul trouble and turnovers really hurt us. All in all, I think we had a phenomenal season.”

The Lady Blue Devils ended their season on a 24-7 record with an 11-1 record in the ICC.