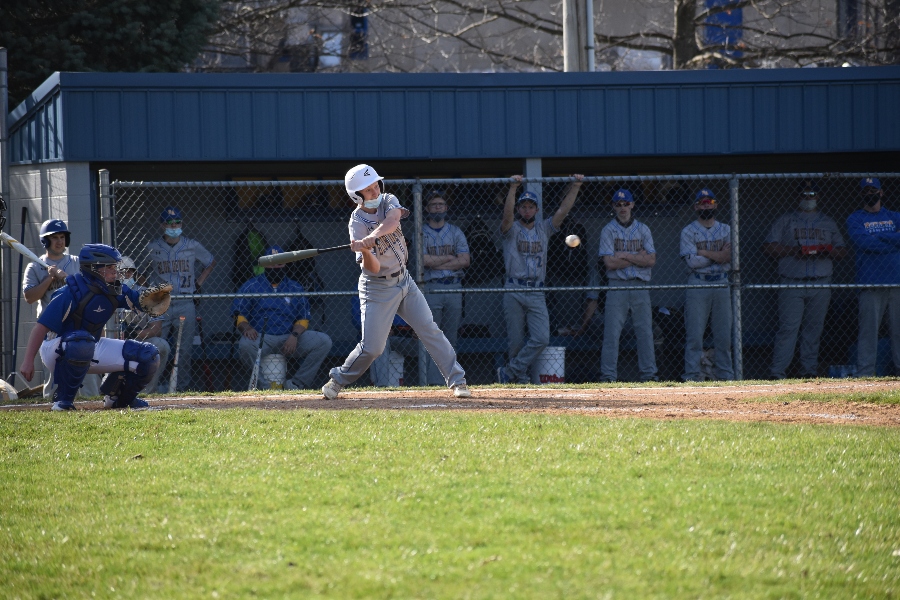 Last night, the boy’s baseball team played host to Moshannon Valley in their home opener. The Blue Devils were looking to bounce back from their opening day loss, when they came up short on the road against Mount Union.

Bellwood did not get off to the start they hoped to. The first two innings of the game saw pitcher Gaven Ridgway give up 5 runs, with the Blue Devils getting held scoreless during that time. Bellwood was able to get on the scoreboard in the third when Nick Kost scored on an overthrow. This brought the game to 5-1 going into the fourth.

In Gaven’s last inning of work, the Blue Devils gave up one more run extending Mo Valley’s lead to 6-1.

The fifth inning saw a pitching change for the Devils when they brought in junior Vincent Cacciotti. Vincent was able to hold Mo Valley, giving up no runs for the rest of the game.

Bellwood finally got the bats going in the fifth, and sixth inning closing the deficit to 6-3. Bellwood’s defense was able to hold strong in the top of the seventh giving the Devils a three run deficit to overcome in the bottom of the inning.

Bellwood came up just short in their comeback effort scoring 2 runs in the final inning, losing the game 6-5.

Despite the loss, junior Nick Kost had a good day at the plate. In Nick’s 3 plate appearances, he accumulated two hits while also scoring two runs. Sophomore Josh Dorminy, and senior Jack Luensmann also chipped in knocking in an RBI each.

Bellwood will look to capture their first win of the season tonight, when they travel to Juniata Valley to take on the Hornets.