Lighting up the stage with his candle sticks: Carter Rettig 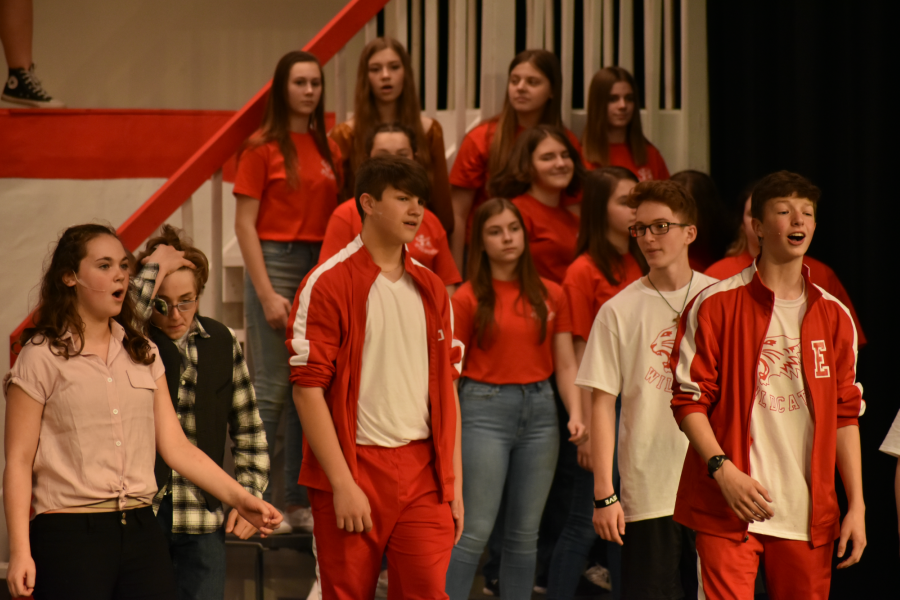 Carter Rettig, on right performing in High School Musical in 2019, will be back on the stage this spring in Beauty and the Beast.

Carter Rettig is one of the cast members in Bellwood-Antis’s musical Beauty and the Beast. The role that Carter has played is Lumiere, a man who used to work at the castle and was turned into an inanimate object when the enchantress turned the prince into a beast.

Lumiere is often thought of as a nerve-racking part to play, but Carter thinks otherwise.

“Yeah, there are nerves, but if you don’t feel the least bit nervous going into a musical like Beauty and the Beast that’s a greater concern,” he said. “My biggest concern is not sounding German when I do my French accent.”

Whenever you try out for a musical, you go in knowing nothing about the part you will or will not receive. Carter’s reaction was like every other person when they get a role unexpectedly.

“I didn’t expect anything much, so when I got Lumiere it was a combination of nerves and excitement,” said Carter.

There is a strong possibility of doing a musical involving all middle schoolers next spring, which means a lot for this year’s juniors because Beauty and the Beast might now  be their last musical.

“I’m okay with ending it on a musical like this one, especially with a part like this. I can really enjoy it,” he said.

Since COVID, there hasn’t been a musical at B-A in 2 years. You’re a Good Man Charlie Brown got canceled in 2020 due to the start of COVID. Rettig has participated in three musicals and has had a main character every one.

The Beauty and the Beast musical dates are May 12th, 13th, and 14th. Go buy your tickets now they are going fast.