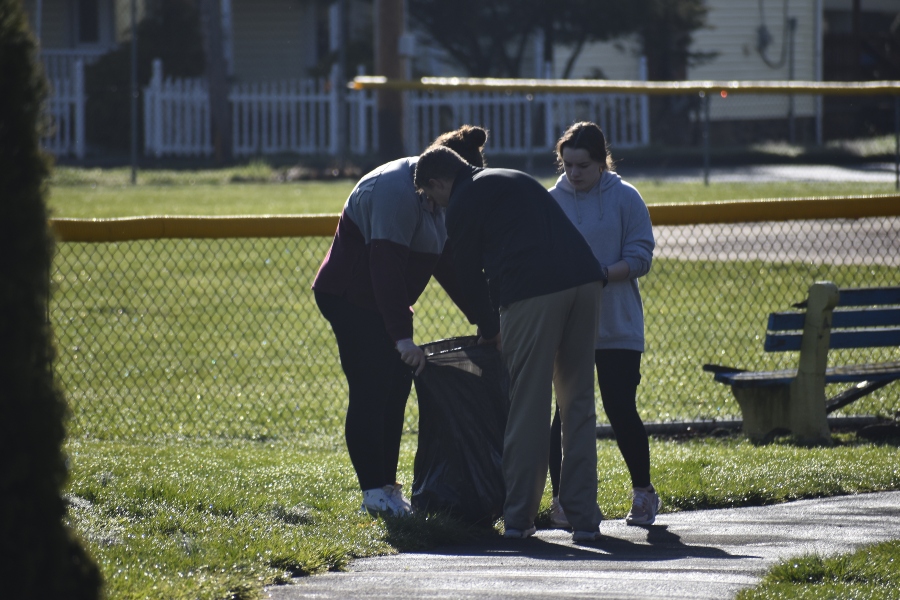 Students from Mr. Whitling's first period earth and space science class cleaning around the baseball field in North Side.

On a day devoted to conservatism and environmental issues everywhere, B-A’s earth and space science teacher felt it was important to spread that message locally.

Last Friday on April 22, Mr. Mike Whitling’s earth and space science classes went around to a number of streets and locations throughout the community, reaching up to both the North and South sides of town, to complete a community clean up project in recognition of Earth Day.

Some of the places that they reached in town included Main Street and the Community Park.

Each class went out during their class period and scoped out where they could pick up trash. They were given a destination and walked there with trash bags to clean up the litter.

“As an Earth and Space science class we collectively thought that it was a good idea to give back to the Earth and acknowledge the Earth on this day,” said Mr. Whitling.

Mr. Whitling began teaching at B-A in January at the start of the second semester. He is a long-term substitute in for Mr. John Goodman, who is on sabbatical.

The students enjoyed going out and picking up the trash and doing it all together.