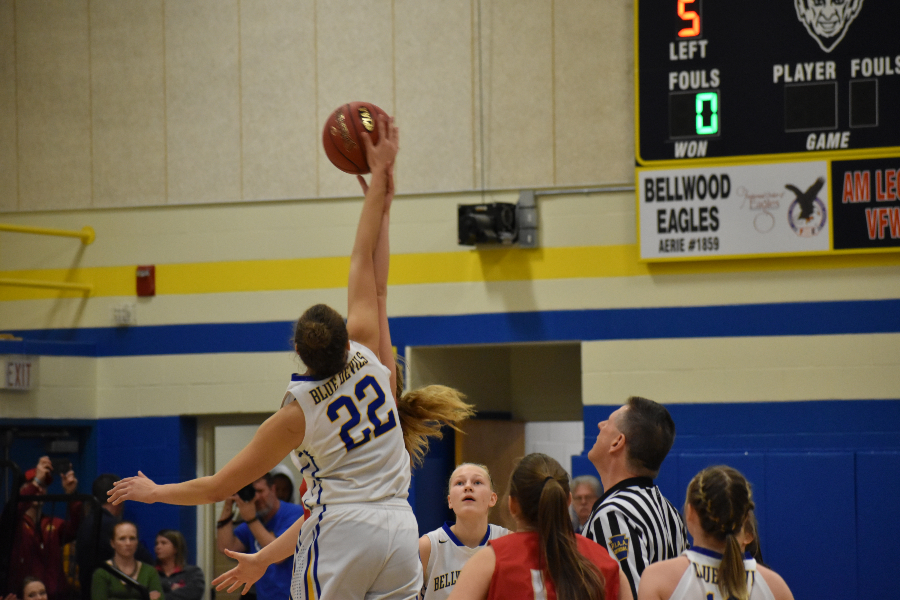 The girls basketball team has competed against LHAC competition in past years, so they believe the transition will be smooth.

The Bellwood-Antis school board made the official move to the Laurel Highlands Conference two weeks ago for all school-affiliated athletics effective the 2023-24 school year.

B-A coaches are looking forward for the transition and see its many benefits.

Athletic director Charles Burch is excited for the change and is awaiting new rivalries within the conference.

”Change is very hard and it was a very difficult decision, with several meetings with the school board sports committee over the last two months,” stated Burch, who provided an extensive Q&A interview with the BluePrint on the conference switch.. “We feel this is in the best interests of our student-athletes at this time. We will keep our rivalry with Tyrone and start to create new rivalries within the LHAC.”

There was some hesitation on the part of the board in February as it pondered whether the community, long used to highly successful seasons for most sports teams as a member of the Inter-County Conference (ICC), would be willing to accept .500 seasons from its top teams, most notably the football squad.

That B-A has dominated the ICC is hard to deny. Over the last 15 years alone, after Blue Devils sports teams settled back into the ICC after a brief stint in the Mountain Athletic Conference, B-A sports teams have claimed 50 outright or sectional championships. With a win this week the boys track and field team earned the ICC title for the eighth season in a row, claiming 19 of the last 20 championships. During that same time the girls basketball team has won four overall championships, as had girls track and field. Cross country and golf have come on strong of late, winning championships in 2020 and 2021.

So concerns about differing results in a new conference weren’t unfounded.

Girls basketball coach Kylie Longo-McGarvey believes the transition will be relatively smooth for the Lady Devils and that the challenge will not be overbearing, considering that ten district champions for girls basketball, both 2A and 3A, have came out of the Laurel Highlands in the last decade.

“I think because of all of the offseason work that we do, such as weightlifting, conditioning, offseason leagues, and open gyms, I think that transition-wise in terms of what it will take, we should transition well,” she said. “It will certainly be a step up in competition from the league that we’re used to, but I don’t think it will take us long to adjust.”

Head football and boys track coach Nick Lovrich also believes that Bellwood student-athletes will step up to the challenge.

”We already work hard to be successful, but we are going to have to step it up even more,” said Lovrich. “It is going to take a full team approach to have that success, not just small groups of athletes. I think our athletes and coaches will be able to take that next step in their development and continue the success in a new conference.”

Lovrich mentioned the rebirth of old rivalries as a member of the LHAC, against teams like Bishop Guilfoyle, but this is also a bittersweet moment as along with this transition comes a separation from relationships made within the ICC.

“I have been a part of the ICC for a very long time throughout my athletic career and now my coaching career. There are even coaches that I competed against as both an athlete and a coach, like coach Musser from Juniata Valley,” added Lovrich. “I have made a lot of good friends over my time in the ICC, so that will be sad leaving the conference. The ICC coaches and teams are great people and it has been fun completing against them.”

Many members of the Mountain League have also joined the LHAC, opening more closed doors from the past. Some new B-A opponents will consist of Philipsburg-Osceola, Bald Eagle, Chestnut Ridge, Penns Valley, Central, and Huntington.

According to Longo-McGarvey, the transition to the Laurel Highlands also adds not only benefits for athletics but academics as well. Academic competitions will take place alongside with the athletics.

”The fact that the [Laurel Highlands] conference might be able to bridge the gap between the student and the athlete could be a plus for us as well,” added Longo-McGarvey.

The consensus among B-A coaches would say that they are looking forward to the step-up and are ready to face the new challenges the LHAC brings. What unfolds in the ensuing years will say whether or not their preparation is sufficient.