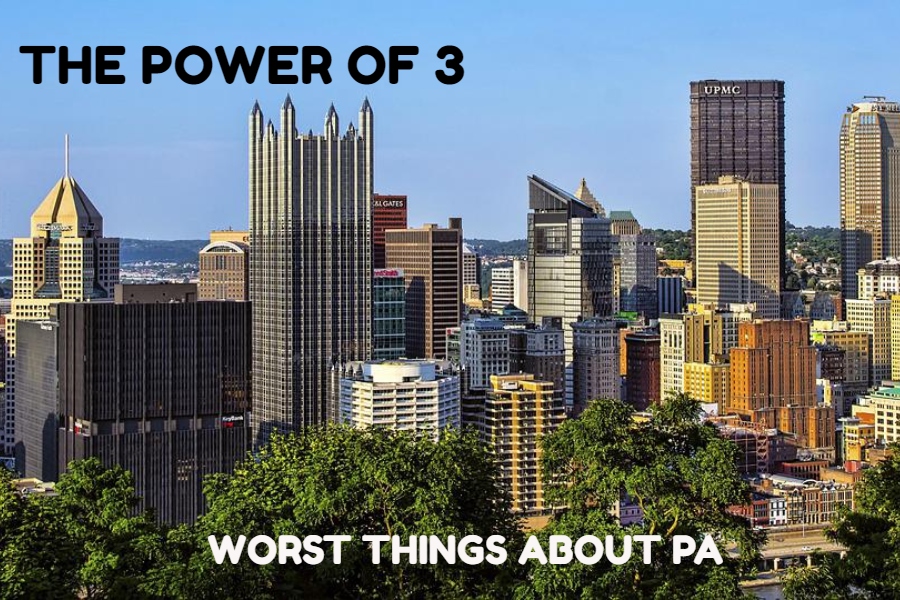 For native Pennsylvanians, there are several things that grind all of our gears.

On March 4, 1681 Pennsylvania was born. King Charles II signed the Charter of Pennsylvania, named after William Penn, who wrote that he believed that God would make his colony “the seed of the nation.” Pennsylvania used to be one of the great’s with early industry of America with oil, coal, and steel. Now we are known for our Amish community, the Philly Cheese Steak Sandwich, and Hershey Chocolate. Though we have many great things in Pennsylvania, I can name a few things that bother everyone.

Their are only two seasons in PA. Winter and road repair season. When summer comes around, the road cleaners come on for, as PennDOT calls it, Roadside Beautification. But I guess the potholes in the roads don’t matter to PennDOT. Another thing is how many hills there are in PA, which  is bad on gas mileage, and if you drive a manual transmission, you dread that stop sign at the top of the hill.

The weather in Pennsylvania is interesting to say the least because it can go from 70 to snowing in a single day. Whenever snow is still falling in the middle of April it is time to move. It can be a beautiful sunny day and then it can start raining in a matter of minute. There isn’t very much stability when it come to the weather in the middle of summer in PA. I know rain isn’t a bad thing but rain for half of a month that is not fun.