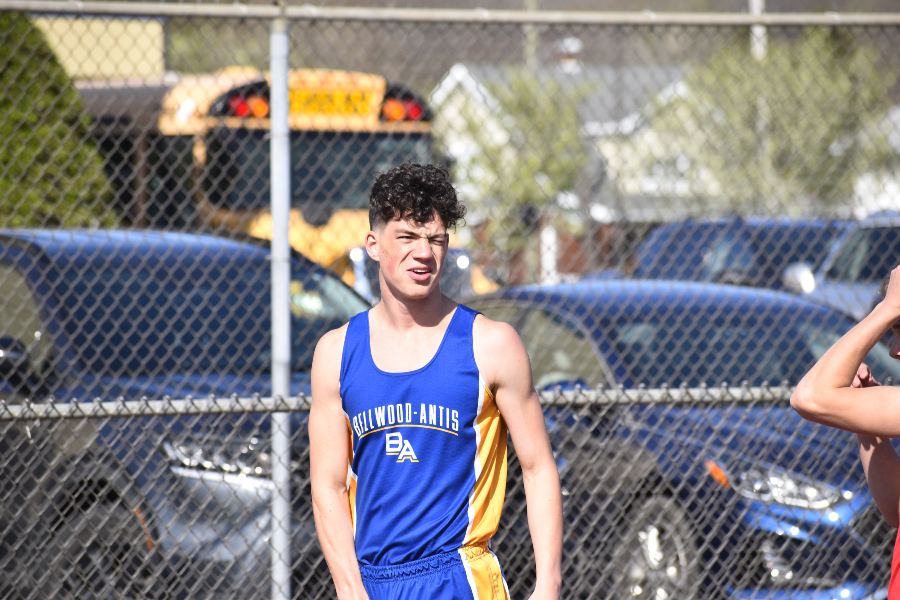 Sprinter Sean Mallon is one B-A runner who has aspirations of an individual championship at today's Bellwood-Antis Invitational.

The meet title has been elusive recently for the Blue Devils, with the boys only capturing a lone title in the last decade in the 2019 season. The girls haven’t captured a title since the 2002 season.

Those figures alone reflect the competitiveness of this invitational, which B-A track coach Nick Lovrich said will include 535 athletes.

“We are top three most years, and there have been some really good teams competing,” he said. “We have 21 2A teams at the meet out of the 32 in District 6. It’s one of the biggest invitationals in the area not hosted in Altoona.”

Senior field athlete Aarron Laird was asked about the importance of the B-A Invitational to he and his team.

“It would mean everything to us to win the B-A invitational title. It has been a long time since we have won it all,” he said. “The competition is great at the meet and makes being the champion even more impressive.”

Both the Blue Devils and Lady Devils have some runners who can challenge for individual titles and perhaps add to an overall championship performance. For the boys, Cooper Keen (100 meters) and Sean Mallon (200 meters) have been spring specialists, with their times ranking among the top 5 in the area among all classes. They have also been key pieces to highly successful 400 and 1600 relay teams. Hunter Shawley is among the favorites in both hurdles, and Dylan Andrews, after a week of personal bests in the pole vault, is among the favorites in that event.

On the girls side, Lexi Lovrich has been dominant against most runners in the 1600 and 3200. In the field, Lydia Worthing (pole vault), Alyson Partner (discus), and Chelsea McCaulsky (javelin) all have posted personal bests good enough to be in title consideration.

The B-A Invitational is known as one of Central PA’s oldest track meets, with the first taking place in 1940.Twenty-one schools from the area will be competing from a plethora of athletic conferences in the region including the ICC, Mountain League, and the Laurel Highlands Athletic Conference. The Blue Devil boys team has historically dominated the meet, with 24 total titles since the inaugural competition. The girls team has also historically dominated the meet with 21 titles respectively. Both teams will be looking to add to their total today.

The B-A Invitational kicks off a month of invitational meets for the Blue Devils that lead up to the District 6 Championship meet.