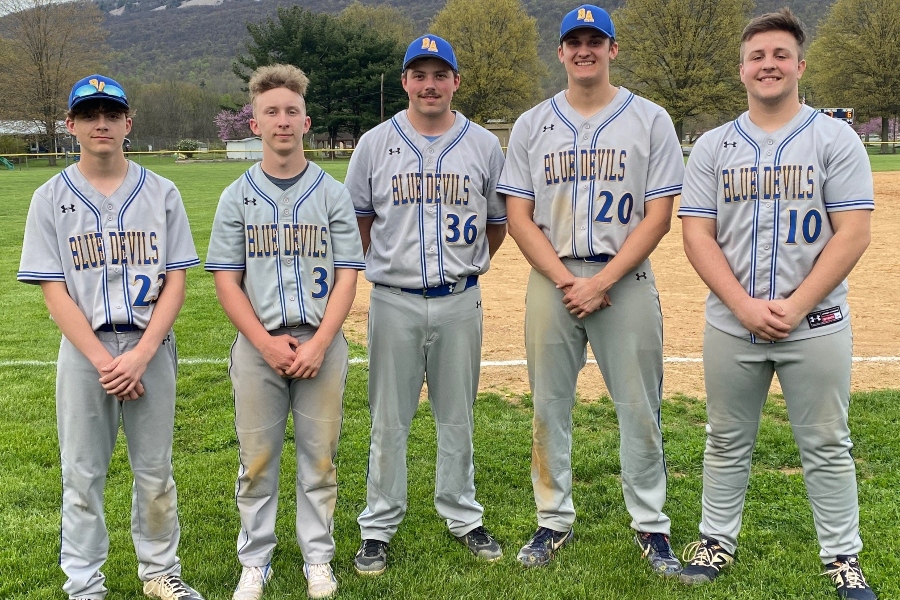 Bellwood was not able to come out victorious, losing the game 10-6, despite two big performances from seniors Jack Luensmann, and Alex Kovac.

In Jack’s three plate appearances, he was able to double twice and score a run. Kovac had three hits on the day including a solo homerun coming in the 4th inning which is his second on the year.

The Blue Devils got off to a slow start and gave up a lead they wouldn’t be able to overcome. By the time Bellwood got up to bat in the bottom half of the third, they were already trailing 8-0. Bellwood was able to rally in their bottom half of the inning scoring three runs, bringing the game to 8-3.

Bellwood couldn’t build on their successful third inning, losing the game, and dropping their record to 4-10.

The B-A baseball team will look to bounce back on Tuesday when the team travels to Williamsburg to take on the Blue Pirates.