Girls raise over $500 for Relay for Life 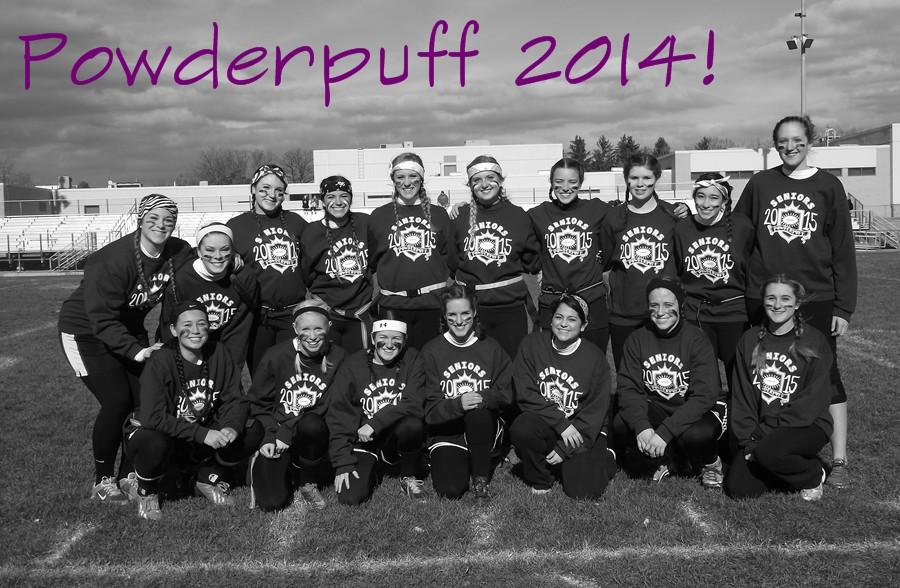 On November 9, junior and senior girls at Bellwood-Antis High School played against each other in the annual Powderpuff game.

It was a very intense game, but the seniors came out with the victory win with a final score of 6-0 at Memorial Stadium.  Megan Claar scored the game’s only touchdown on the first play of the game.

An estimated 100 people from the Bellwood-Antis community showed up for students to support students on both sides.  Tickets for adults were 2 dollars.  All the money collected went towards Relay For Life.  There was a total profit of $500 raised.

Senior Alayna Roberts enjoyed the game very much.  She said, “It was something memorable for senior year to have fun and be with friends as teammates and coaches because we usually don’t get that because we all play different sports.”

Junior Kerri Little said she enjoyed playing Powderpuff.  Little said, “It was fun to compete against the seniors.”

Roberts wanted to play Powderpuff because everyone said how fun it is.  She said, “Junior year we were all eager to play and wanted to beat the seniors and even though we lost, we were determined to win this year.”

Little wanted to play Powderpuff because of the t-shirt. Little made it a point to say, “Getting a t-shirt with my last name on it was the best part about playing Powderpuff.”

“The best part about playing Powderpuff was being with my friends and having fun with it.  I also enjoyed pretending to fight with my soccer friends on the junior team because it was fun to tease each other as opponents instead of teammates for a change,” Roberts added.

Everything comes with a challenge, even Powderpuff football.

Roberts said, “Pulling the flags was the hardest part for me.  Last year it was freezing too but this year the weather was nice.”

The overall game seemed to be a challenge for Little.  She said, “The hardest part was actually having to learn how to play football.”

Little had some overall thoughts on the Powderpuff game in general. Little said, “It was an unforgettable experience.”

Junior and Powderpuff coach, Nathan Davis, had some positive thoughts on the game overall.

Davis said, “I thought we gave it our all.  We didn’t come out on top, but I couldn’t be more proud of our players.  They showed they can stand up to anything.  They are already set for next year’s game!”