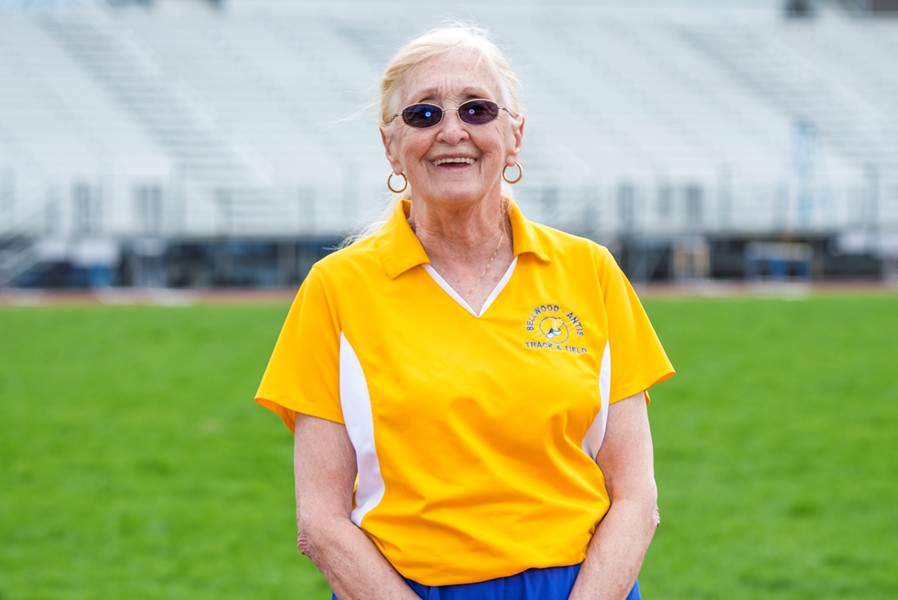 Miss R is has retired as the cross country coach after 30 years on the job.

After 30 years as head coach of the Bellwood-Antis boys and girls cross country team, as well as almost 300 wins between both boys and girls teams, legendary coach Julie Roseborough has resigned.

Julie Roseborough, also known as “Miss R”, has been a coaching pillar at Bellwood-Antis, and has furthered the athletic development of many B-A athletes. So much that our track here at B-A is named after her.

“I was having some vision problems and I wanted to be fair to the kids, but I still really enjoy coaching kids and being around kids,” said Miss R. “I decided to give someone else the coaching responsibility. Coach Hunter was definitely ready for the responsibility of being head coach.”

The decision to step down as head Cross Country coach shocked the athletic department as well as the entire district of Bellwood-Antis.

“I was definitely a little surprised and disappointed due to her longevity and dedication,” said Mr. Charlie Burch, Bellwood-Antis Athletic Director. “She is a legend and will be missed, but she still wants to volunteer and be around.”

Mr. Hunter has been an assistant coach for B-A for three years, as well as a coach at two other districts.

“My ultimate hope is that I can facilitate a sport where students feel like they belong and can grow as an athlete,” said Mr. Hunter. “Miss R will always have an impact on our cross country program because it wouldn’t exist without her.”

Miss R had a close relationship with her athletes, and had their respect as well. “I think she’s been crucial in making this team as close as we are,” said Carter Rettig, a B-A Cross Country runner.

In a statement, Bellwood-Antis School District expressed appreciation for Miss R’s body of work. “We thank coach R. for her dedication and service to the District and for her passion for coaching our student athletes.”

Miss R has also been the girls track and field coach for 57 years, amassing more than 500 career victories.

Miss R  is one of three former BAHS faculty members to have a facility at the school named after her. In 2017, the track surrounding the football field at Memorial Stadium was christened the Julie Roseborough Track. The field at the stadium in named for Coach John Hayes and the auditorium is named after Mr. Richard Bower.

In the spring in 2022, Miss R was inducted into the Blair County Sports Hall of Fame.