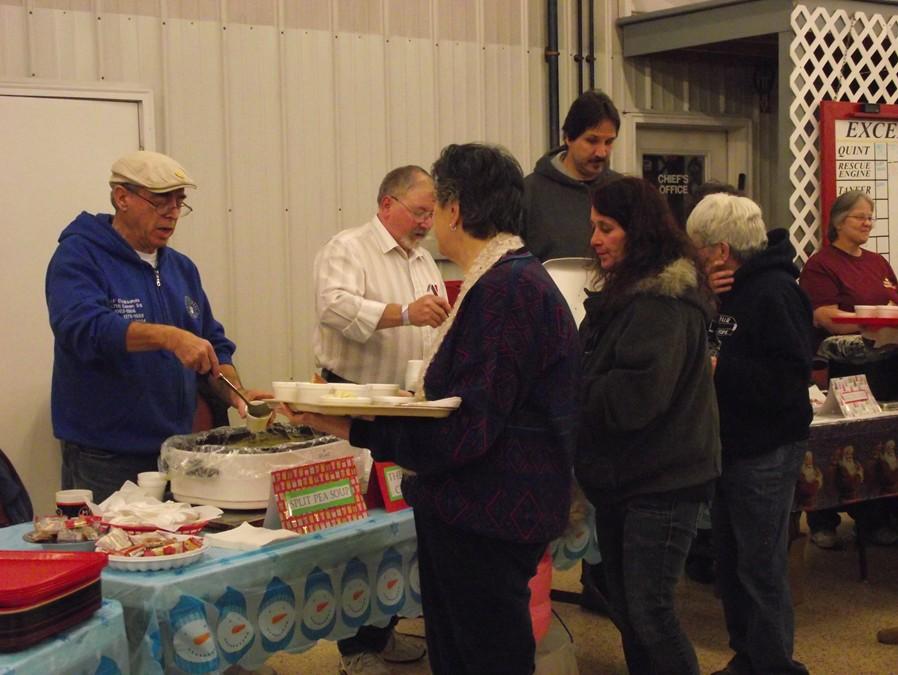 In line for some yummy soup at the Excelsior Fire Company.

Soup is one way to keep warm on the cold winter days.  There are so many soups out there, people might not know about, so why not get out there and sample them?

On December 7th, the Ninth Annual soup sampling was held at the Excelsior Company No. 1 Firehouse.

Over 225 people attended this event. The event raised over $1,000 for Blair Hope for Families.

Ashley Wyland was the event organizer and got eight restaurants and two non-profit Organizations to put their soups on display.  Lots of area restaurants helped out with event by donating their soups and help out with serving these soups.

The people would start out with getting a tray and went through a line and picked up cups of soups to fill their tray.

If soup sampling wasn’t enough, there were also 35 gift baskets to be won.