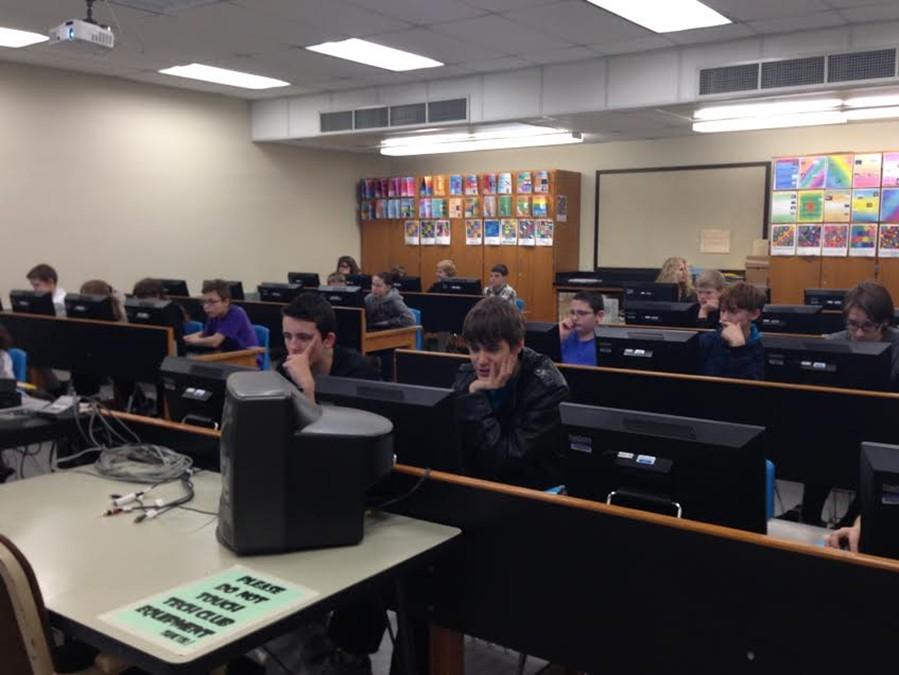 Today’s world is constantly changing due to technology. It makes a huge impact on the economy, society, and jobs.

The more you know about technology, the better off you are said to be. According to Middle School teacher Ms. Forshey, the technology career field is predicted to have 1,000,000 more jobs than there are people to fill them.

Because of these statistics, Bellwood-Antis School District, along with many other schools around the world, are participating in the Hour of Code.  The Hour of Code is an initiative being held to introduce computer programming to ten million students and to hopefully encourage them to pursue further knowledge in this area.

“Students who have the desire to choose a career in the field of computer coding are going to be able to pretty much name their job and even their salary.”

Here at BA, students in fourth, fifth, seventh, and eighth grade are all being taught to code along with a few select high school students.

Ms. Forshey said that she is exposing as many students as possible to coding to see if they would like to pursue it. She believes it is important because of the skill set that students learn. “It is important to show students that they can build technology.”

“I think it’s great to expose students to something new. It may spark interest in a student to pursue a career in technology,” said Mr. Wagner.

Ms. Forshey said that all of her students so far are eager to learn, and it is something totally new and different. “The students are really interested in creating their own apps and games.”