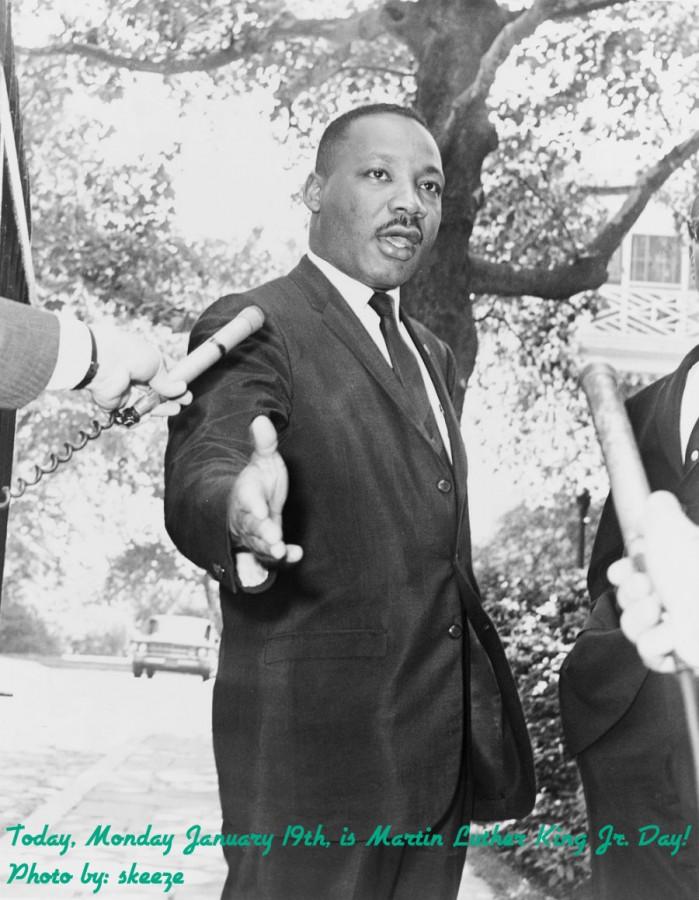 Martin Luther King Jr. is probably one of the most recognized civil rights activist.

When many people think of Martin they think of his renowned speech “I have a dream!”

Today is set aside as a day to honor Dr. King and all he did for the Civil Rights movement, but there are many things about King and his life the average person may not know.

What a lot of  people don’t know is that Martin was actually named Michael King when he was born.  But when he was five his father changed his name to Martin Luther in honor of the German reformer Martin Luther.

Martin suffered from depression throughout most of his life. In his younger years, he felt resentment against whites due to the “racial humiliation” that he, his family, and his neighbors often had to endure in the segregated South.

At the age of 12, Martin attempted suicide.  He jumped off a second story window, but survived.  Could you imagine what the world would be like if Martin had died that day?  Would there still be segregation  in the South?

In the 1950’s Martin saw how badly  black people were being treated, so he joined the Civil Rights movement.  What sparked his involvement in the movement was when Rosa Parks was arrested for not giving up her seat to a white man on a bus.  After this incident, Martin led a boycott against the city’s buses in Montgomery.

White terrorists began to bomb Martin’s house and wanted him to  give up his fight for equal rights.  But Martin was unafraid.  He continued to fight for equality in America.

During the 1960’s, Martin started to organize more and more protest marches and demonstrations. He even went as far as meeting the President of the United States, John F. Kennedy (who shared the same opinion of equal rights).

On August 28th, 1963 Martin organized and led probably the biggest Civil Rights movement, The March on Washington.  Hundreds of thousands of Americans, black and white, participated in this march.  At the Lincoln Memorial, Martin read his iconic “I have a dream” speech.

Many more marches were attempted in state capitols, but none were as successful as the March on Washington.

From 1966 to 1968, Martin was very active in Civil Rights movements.  He participated in the Selma Voting Rights Movement, “Bloody Sunday”, the Opposition to the Vietnam War, and the Poor People’s Campaign.

Martin went to Memphis, Tennessee on April 3, 1968 and delivered another one of his iconic speeches “I’ve Been to the Mountaintop.”  Martin was supposed to fly out of Memphis that day but his flight was delayed because of bomb threats.

Unfortunately the next day, April 4, 1968, Martin was assassinated. While he was standing on his hotel balcony a bullet struck him on his right cheek. The bullet entered through his right cheek, smashing his jaw, and then traveled down his spinal cord before becoming lodged his shoulder. Martin was taken to St. Joseph’s Hospital to have emergency chest surgery. Later that day, he was pronunced dead.

Beginning in 1971 many cities and states established annual holidays to honor Martin.  At the White House rose garden on November 2, 1983, President Ronald Reagan signed a bill creating a federal holiday to honor Martin . Observed for the first time on January 20, 1986, it is called Martin Luther King, Jr. Day.  Following President George H. W. Bush’s 1992 proclamation, the holiday is observed on the third Monday of January each year, near the time of Martin’s birthday.

Also on this day it is national Martin Luther King Day of Service. (It was started by former Pennsylvania U.S. Senator Harris Wofford and Atlanta Congressman John Lewis.)  This day promotes volunteers across the country to donate their time to make a difference.  The largest event in the nation honoring Martin is the annual Greater Philadelphia King Day of Service.