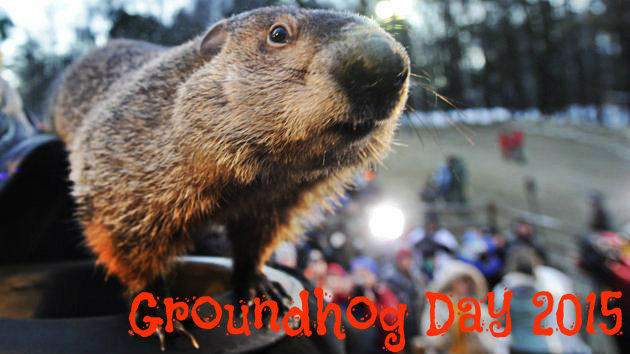 World famous Punxsutawney Phil will emerge once again on Monday to predict how long the winter will go on.

We all know about Groundhog Day.  (Well at least people who have lived in or experienced Pennsylvania).  It’s the day where we wait for Punxsutawney Phil (the Groundhog) to emerge from his burrow and predict the weather.

According to folklore, if it is cloudy when Phil emerges from his burrow on February 2nd, then spring will come early; if it is sunny, Phil will see his shadow and retreat back into his burrow, and the winter weather will continue for six more weeks.

We aren’t the first people to look towards animals to predict the weather.  Many years ago the Germans would look for a badger’s shadow.

When the German immigrants came over to America they brought this tradition with them.  But they replaced the badger with a groundhog instead.

You may be wondering, who in the world would go out to see a groundhog predict the weather?  Well you might be surprised.  Thousands of people every year go out in the freezing cold to see Phil work his weather predicting magic.  A recent article by the International Business Times put the number around 7,000 to 10,000 every year.

One of those people is our very own Bellwood-Antis student, Scott Pearce, who heads to Punxsutawney around this time of year to see his family and, of course, Phil.

“My gram has always had this tradition of going down there.  And there’s always a lot of people and fun stuff to do,” Scott said.

You can learn more about Phil and the groundhog species in general here.

There are many other weather predicting groundhogs besides Phil.  Up in Canada Wiarton Willie predicts the weather.  In North Carolina, Sir Walter Wally makes appearances at the N.C Museum of Natural of Sciences.  Many more funny named groundhogs exist that predict the weather, but locals at Punxsutawney say they have nothing on Phil.

Groundhog Day became more famous after the release of the 1993 Bill Murray movie, “Groundhog Day,” with the plot obviously being set around Groundhog Day.  Phil Connors (Bill Murray) is a weatherman that is unwillingly assigned to report all of the Groundhog Day activities.  After his job is done, he tries to hurry his team back home to Pittsburgh, but a blizzard has shut down travel out of Punxsutawney, forcing Phil to spend the night.  When he wakes up the “following” morning, he is shocked to see that it’s Groundhog Day….again!  Phil finds himself reliving February 2nd over and over again.