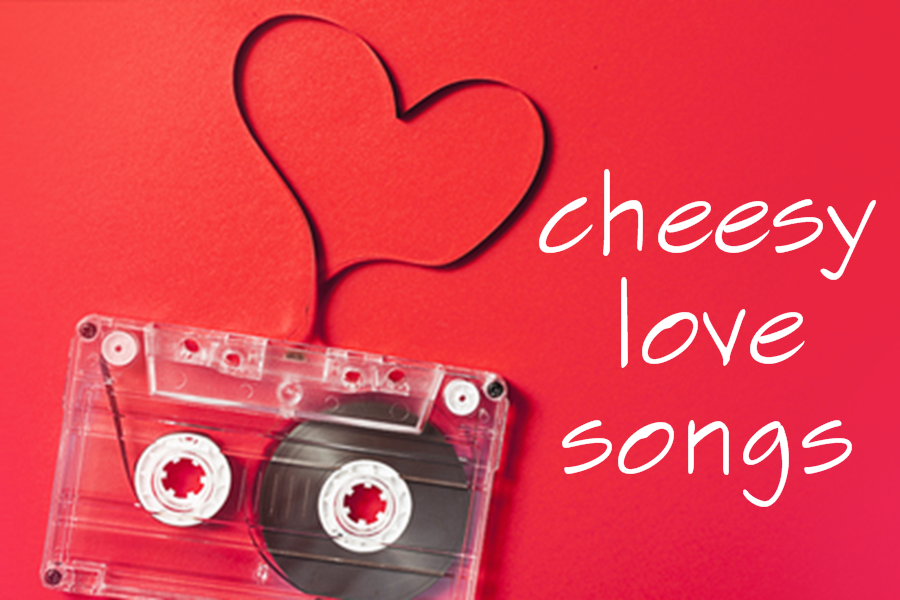 What are the worst love songs of all time? Shauna McGuire tells you in this edition of Tune Talk.

It’s Valentine’s Day … all of the lovers and dreamers out there are buying presents, writing poems and listening to sappy love songs.  Here are five love songs that are so cheesy you may never want to hear them again.

One of the most over played songs ever. This song literally makes my ear want to bleed I’ve heard it so many times. You know that song from the end of Titanic:

“Near, far wherever you are,

I believe that the heart does go on

Once more you open the door

And you’re here in my heart

And my heart will go on and on.”

Yeah after the first 10 times I understand and I don’t care about your heart anymore Celine. Boys if you were thinking of playing this song for your girlfriend, she’ll pretend “awe it’s so cute”, but secretly she hates it, don’t do it

2. I Will Always Love You – Whitney Houston

The funny thing is that I will always hate it.  Dolly Parton originally did this song and it turned out pretty well, then she sold it. Whitney Houston just butchered it.

“And I will always love you.”

One line says it all for this song. Whitney Houston gets more and more intense with the “And I”. A little self-indulged much? Because you’re “I love you” isn’t as intense. No one cares about the rest of it.

I can’t specifically say I hate this song, but I wouldn’t take the time out of my day to look it up on Youtube to listen to it. I will admit it is quite annoying with James Blunt’s line:

I saw your face in a crowded place

I don’t know what to do

Cause I’ll never be with you.”

So cheesy, I think you would need some crackers to listen to this song. Every time someone tries to clarify the song to someone who may have heard it they sing the “you’re beautiful” in a whiny sort of voice like James Blunt.

No one really cares about this songs except those who live under a rock. No one mentions the song unless it comes onto the radio or we’re on the subject of annoying and horrible songs.

“I swear by the moon and the stars in the sky

I swear like the shadow that’s by your side

For better or worse till death do was part

I’ll love you with every beat of my heart

Dude, I really don’t need you here, and if you want to die right now and stop the song, I wouldn’t be heartbroken.

Fun Fact: Everyone sings the “I swear” and then just mumbles that rest, because no one really cares enough to learn the lyrics.

I cannot handle this song anymore. They play it like twenty times a day on the radio. You know that stupid song:

“So am I wrong

For thinking that we could be something for real?

Now am I wrong

For trying to reach for things I can’t see?”

The majority of the song is him singing “am I wrong?” and “that’s just how I feel”.  Out of thirteen stanzas there are only three that are actual song lyrics. So, not only is the song annoying, it literally has little to no thought put into it.

These songs aren’t cute, they are outrageously annoying. If you can avoid these songs at all cost it would be a benefit to you and everyone around you.