To Impress The Unimpressed. 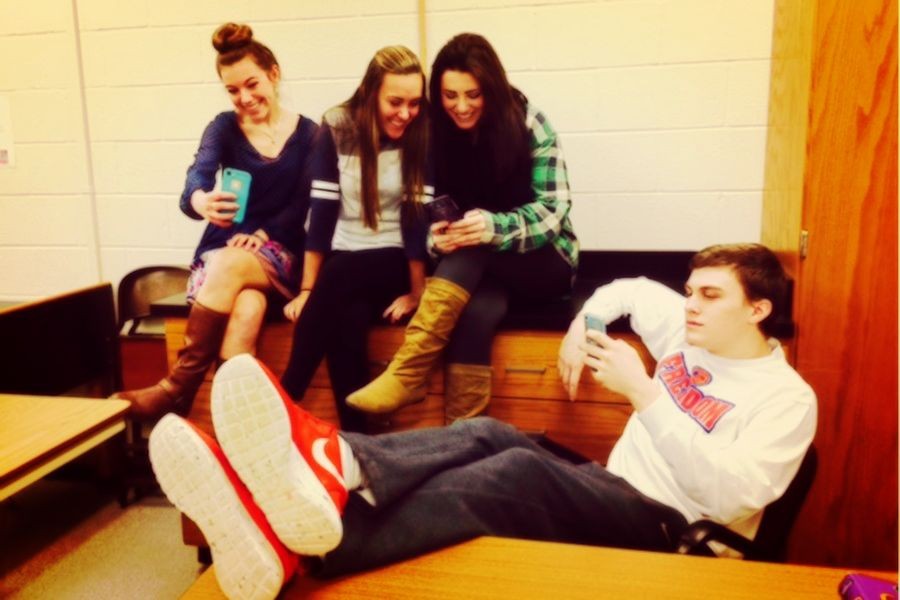 We dress to impress. We do whatever we can to show off for someone who we consider to be important to be recognized by. Whether that’s a boss, friend, teacher, or parent, we do what we can to sound intelligent and comprehensive.

There’s a level of comfort that we must have in what we’re doing in order to successfully impress the unimpressed. What about when you need to have an important conversation with someone? Everyone has their own personal tactic to go about this.

If you’re like Mr. Burch and Mr. Schreier, you’d prefer to have a serious conversation face-to-face. “People tend to get braver when they’re hiding behind a screen,” said Mr. Schreier.

Mr. Burch said, “If it’s not face to face, people would email or text things they wouldn’t normally say. It can get misconstrued that way. Or someone could say something they didn’t mean and they just felt at the time.”

Some people would rather text, others would choose to talk on the phone, and some brave souls are even willing to take the conversation on in a more personal way.

After answering how you’d prefer to have a serious conversation, ask yourself which way you think would be most effective on the person you’re trying to impress. The obvious answer is email, right? I mean, it’s a way to get all your thoughts out and typed out clearly so you can preview it and change any mistakes or misstatements, isn’t it?

Though it seems like emailing might give you more of a chance to express all your feelings, studies say that an email will actually have the opposite effect on employers or business people. In my own words, emailing someone about an important subject is taking the easy way out.

Many people fear the repercussions and emotions that go along with face to face contact. They don’t want to experience the full response to the topic. They’d rather read a nasty email than have someone say it to their face. It’s only human.

Texting is probably the best example for this decrease in face-to-face communications. According to a Pew Institute survey, the number of text messages sent monthly in the United States jumped from 14 billion text messages in 2000 up to 188 billion in 2010.

Professionals are likely to be ten times more impressed when you confront them in person about important issues and concerns.

Even though you can’t write a speech and read to someone in person, there are still ways to plan. It may not make you feel as prepared as you would if you were just sending your speech in an email, but the honest fact is that it’s more effective.

No matter what your preference is, you should make it a point to contact a person and have a conversation in person. It leaves an imprint that is more likely to stick and also leaves the person more likely to remember what you had said.

Be nervous all you want, but remember that when you have a personal or important topic to discuss, it’s always best to do what you can to make that much needed impression.